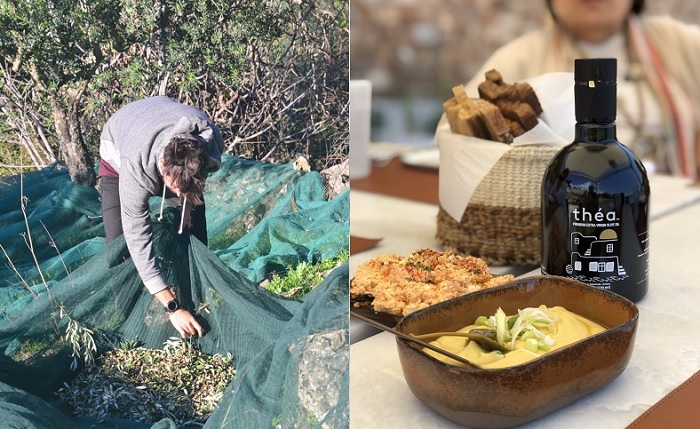 The proposed US tariffs on imported Greek olive oil will have a catastrophic effect on the country’s olive oil industry, as this vital sector is the main driving force behind the growth of the country’s agri-food sector at present.

Speaking to the Greek Reporter on behalf of the Greek Association of Industries and Processors of Olive oil (SEVITEL), Grigoris Antoniadis says that, although the above statement is true, he hopes that more prudent thoughts will prevail in the end.

The President of SEVITEL maintains that, ”if implemented, the tariffs for the olive oil sector will be devastating, because during the last ten years of the crisis in Greece, the whole sector has been putting all its effort, attention and money behind the export of the product.”

The Greek olives and olive oil which are included on the possible tariff list have a total export value of 90 million US dollars, based on US International Trade Commission statistics.

The United States has proposed tariffs ranging from 25 percent to 100 percent on more than 300 products from Europe in light of a recent decision taken by the World Trade Organization (WTO).

The escalation of tension comes from a WTO ruling which found that European Union subsidies for the European Airbus consortium do indeed have an adverse financial impact on the American aircraft company Boeing.

Joseph R. Profaci, the Executive Director of the North American Olive Oil Association (NAOOA), explained to the Greek Reporter “There is a very long list of items on the retaliation list of products.

“The tariffs will not go into effect, or should not, until the World Trade Organization issues a ruling on the extent of the damage. They will determine the amount of money that the US could legally try to collect by way of tariffs,” he added.

The NAOOA is petitioning the United States Trade Representative (USTR) to remove olive oil from the proposed list of products subject to retaliatory tariffs.

It maintains that because US domestic production cannot meet consumer demand for olive oil — an essential, healthy product — without European imports, imposing tariffs would be tantamount to a tax on the health of American consumers.

According to data from the International Olive Council (IOC), it is estimated that the world’s olive oil production in 2019 will be 3,203,000 metric tons. Of this amount, European olive oil will account for 2,296,000 metric tons (72%), originating mostly from the nations of Spain, Italy, Greece and Portugal.

US production is estimated at approximately 10,000 metric tons, which would be a paltry 0.3% of the world total.

Kostas Peimanidis, the business development manager at AGROVIM S.A., an olive oil company based in Kalamata, Greece, told the Greek Reporter he believes that Greece is in a worse situation than any other country in the European Union.

Peimanidis maintains that “We have nothing to do with Airbus, so we have no benefit at all. Also, we are a very small economy, we are emerging from a crisis situation and we have invested a lot of time, a lot of effort and a lot of money to market Greek olive oil in the United States.

“Although Greek olive oil amounts to less than 3% of US imports, the US is a valued market for us and the proposed tariffs will definitely be detrimental to all Greek exporters, and especially our farmers,” he adds.

He pointed out that the American people will suffer as well because the price that they will be paying for good quality olive oil will increase a staggering 100 percent because of the tariffs.

“We all know that Greek olive oil is extremely healthy, it’s not adulterated, it’s authentic, it’s pure, and extremely high in polyphenols by nature ,so this a very healthy product that will cost double the money” Peimanidis says. 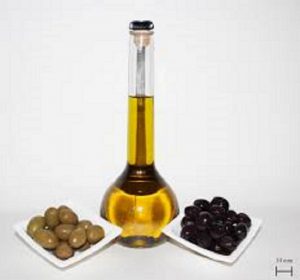 Profaci, the head of NAOOA, emphasized in his remarks that “Olive oil is a health food and people buy it for their health. Doctors recommend it for treatment and prevention of chronic disease, and… in this case, the domestic industry is too small to provide for the demand in the United States beyond more than 5%.”

The industry association chief stresses that “What’s important from the European side, is for the Commission and the governments to realize the potential seriousness of this situation and to the extent they can, agree to negotiate on the Airbus problem. That is where action could be helpful on the European side.”

The NAOOA has issued a petition for people to sign asking the USTR to remove European olive oil from the proposed list of retaliatory tariffs. See the link below for more information on the petition.