GRNews
GreekReporter.comGreeceUNESCO Representative on Spinalonga to Review Adding it to World Heritage List 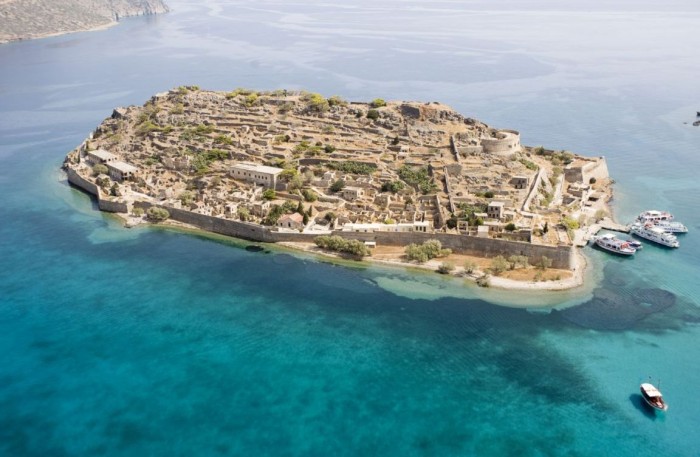 Τeresa Colletta, an architect, and representative of UNESCO visited recently the islet of Spinalonga on Crete to review the application to add the historic site onto UNESCO’s World Heritage List.
Colletta gave her remarks to the local authorities, and these will arrive to the local municipality in an official, written form by November this year.
The application for Spinalonga’s inclusion to this list will be decided on June 2020, during the next General Assembly of UNESCO in China.
Greece’s Culture ministry submitted a nomination to UNESCO in January 2019, asking them to declare Crete’s Spinalonga islet, with its impressive sixteenth-century Venetian fortress, a new “World Heritage Site”.
What is Spinalonga?
The tiny islet of Spinalonga, or Kalydon, as it is officially known, is located in the famous Gulf of Elounda off northeastern Crete, in the region Lasithi, next to the town of Plaka.
Originally connected to the mainland of Crete, Spinalonga was separated from the rest of the island by the Venetians, probably in the 15th or 16th century. The entire island was then made into a fort, as stout walls were built all around the islet.
The most famous and tragic aspect of its history, however, began in the year 1903, when Spinalonga was used as a leper colony because of its isolation from the mainland.
Spinalonga was one of Europe’s last leper colonies and it ceased operation only in 1957.
Today, the uninhabited islet, which has docking facilities and beaches, is one of Crete’s most popular tourist attractions.