GRNews
GreekReporter.comGreecePlan Revealed to Transfer 10,000 Immigrants from Islands to Mainland

Plan Revealed to Transfer 10,000 Immigrants from Islands to Mainland 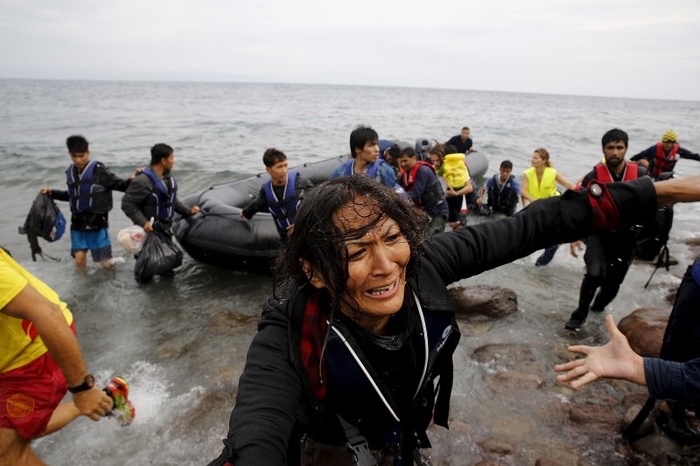 According to a plan of Greece’s Ministry of Citizens’ Protection, up to ten thousand migrants, including economic refugees and asylum seekers, are expected to be transferred in the near future from the Eastern Aegean islands to the Greek mainland.
This is a step to ease the heavy burden islands such as Lesvos, Chios, Samos, and Kos have to bear, especially after the recent surge in numbers of new arrivals to Greek shores from the western Turkish coast.
Currently, a total of 28,000 migrants are living in camps set up on several islands across the Eastern Aegean Sea.
Characteristic of the huge burden that these islands have to bear is the fact that the camp of Moria on Lesvos currently holds 13,000 people, at a time when its capacity cannot legally exceed 3,000.
On Friday, Civil Protection Minister Michael Chrysochoides will hold a meeting with all thirteen regional governors of Greece.
Chrysochoides is expected to ask the governors to propose regions and places they could use to host asylum seekers so that the number of refugees and undocumented migrants currently in Greece can be distributed in a more fair and equal manner.
There are also diplomatic activities currently taking place on this pressing issue at the European level.
Undocumented, illegal immigrants, asylum seekers and refugees could be automatically distributed between Greece, Cyprus, Italy, Malta, Spain, France, and Germany in the near future.
These are some of the EU member states which continue to believe that the refugee crisis in Europe must be addressed at a European level, without closed borders, and in solidarity with the member-states of the South which currently face the most pressing problems.
In the meantime, the flows of illegal immigrants and refugees continues to rise.
Between 6 o’clock in the morning of September 25 and 6 o’clock in the morning of the next day, a total of 208 migrants reached Greek shores — and 390 more landed on the shores of the mainland.