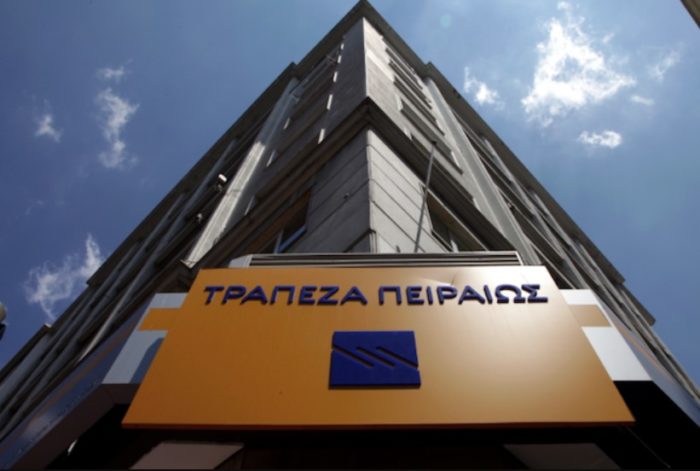 Piraeus Bank participated in a conference called ”The New Era of the Greek Financial Sector,” which took place on September 24, concurrent with the international conference “Sibos 2019,” now underway in London, England.

The event was presented under the auspices of the Hellenic Bank Association and the Athens Exchange Group.

The purpose of the conference was to showcase the Greek financial sector and the enormous progress that has been made in the economy in the past couple of years.

Representatives from the four systemic Greek banks and the Athens Exchange presented the various financial, technological and banking advances the institutions have made thus far, and shared their plans for the immediate future.

During his speech, he noted that ”the Greek financial sector has emerged from its challenges, and is moving steadily, confidently but also swiftly, into a new era of stability and growth, ready to finance the increasing attractive prospects of the Greek economy.

“The increase in GDP growth has led to increases in employment, and households’ disposable income, among other things, and for first in some time, tangible increases in real estate prices.” he added.

The bank chairman stated that ”most importantly, the growth has contributed significantly to the return of confidence and trust among economic participants with collateral benefits to the Greek banking system, as evidenced by the return of deposits to the Greek banks. Looking ahead, investments are expected to be a key driver for growth in the coming years as a more business-friendly environment has emerged.”

During the first session, the chief economists for the four systemic Greek banks, presented in detail Greece’s economic outlook. In his speech, Elias Lekkos, Chief Economist of Piraeus Bank, highlighted the prospects of the exporting orientation of the Greek economy.

Lekkos focused on the analysis of the comparative surpluses of the Greek economy and underlined the need for both a qualitative upgrade of Greek export products and the shift to relevant sectors with a higher technology and production capacity.

Lekkos also stressed the fact that the competitiveness of Greek exports has significantly improved during recent times, which raises expectations for further improvements in the performance of Greek exports, with the provision of the recovery of international trade.

Senior executives from the four systemic Greek banks and representatives from the Athens Stock Exchange Group and the European Bank for Reconstruction and Development discussed available financing solutions which can support growth prospects and investment opportunities during the second session.

Eleni Vrettou, Executive General Manager of Corporate and Investment Banking at Piraeus Bank, commented that ”Growth can come only through the establishment of a more business-friendly environment that will be able to attract investments and create the right conditions for increasing employment, competitiveness and exports.”

Vrettou added that ”Piraeus Bank is a stable and valuable partner in these ever-changing conditions, supporting companies that promote the outward orientation of the Greek economy.

“Our aim, through the solutions and financial instruments we offer to businesses, is not only to cover their financial needs in the fullest and most efficient way, but also to offer valuable guidance, direction and information as to how they can maximize their economic benefits by organizing effectively their action in what is a continuously challenging international environment,” she concluded.

Stefanos Mytilinaios, General Manager of the Digital Business Group of Piraeus Bank, spoke about the role bankers must play in post-crisis Greece and how digitization contributes to not only increasing efficiency, but more importantly, increasing engagement with day-to-day as well as long-term financial planning.

Mytilinaios concluded by saying ”Our strategy at Piraeus Bank is to transform everything we do, from any digital up to any physical transaction, with a customer-centric view which will motivate and inspire our people to capture all possible benefits and opportunities.”