The Catastrophe of Smyrna: Genocide of Greeks in Asia Minor Remembered 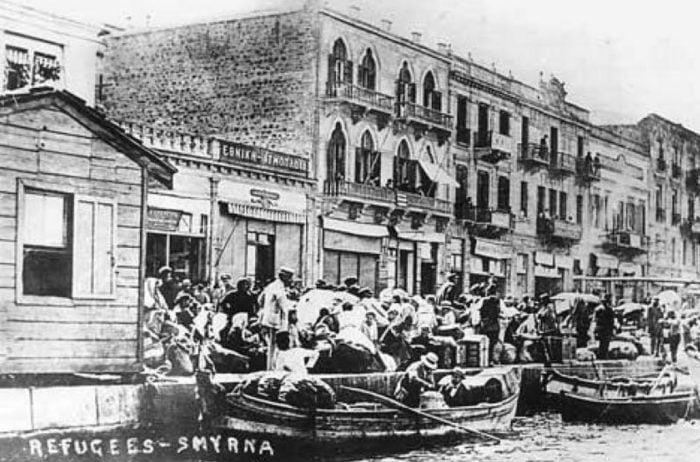 Today marks 97 years since the Catastrophe of Smyrna, the modern-day city of Izmir on the Turkish coast of the Aegean sea.
It was a cataclysmic event of such enormous importance for modern Greek history that it shaped generation upon generation after 1922, adding to Greece’s long history yet another unforgettable —and unutterably tragic — milestone.
The Great Fire destroyed much of the city, causing the majority of Greeks in Asia Minor to flee their homes and seek shelter primarily in Greece, but also in other countries. 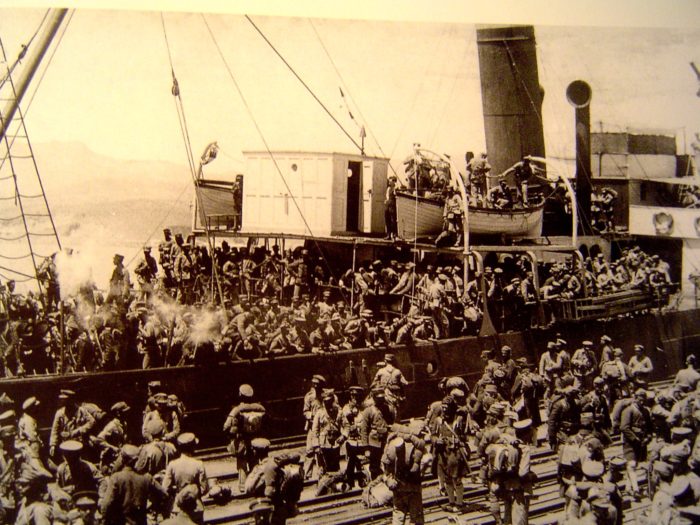 Smyrna was undoubtedly one of the wealthiest cities, not only in the Ottoman Empire, but anywhere Europe.
It was home to one of the largest populations of Greeks and Armenians in the Empire. Together, they constituted the Christian community of the city, which lived peacefully side by side with the Muslim and the Jewish communities for centuries.
However, politics, and the competing interests of the main global powers, alongside the rising tide of nationalism and the outbreak of the First World War, were the factors that determined the fate of Smyrna and its citizens for the rest of the twentieth century and beyond. 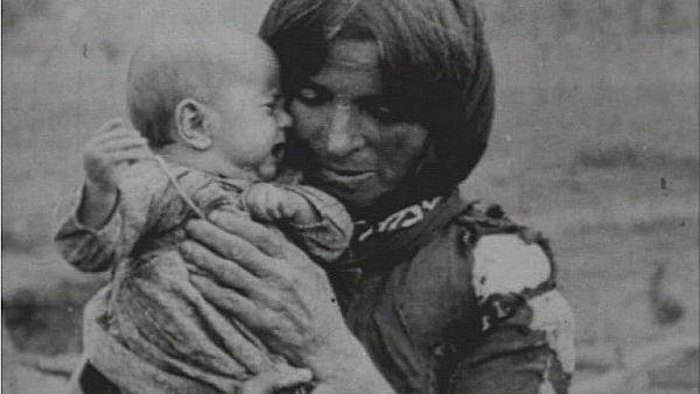 As part of the Greco-Turkish War, which raged from 1919 to 1922, Grece’s armed forces went to Smyrna on May 15, 1919. After major military and political errors made by the Greek government, the Turkish army regained control of the city on September 9, 1922.
The future for the Christian population of Greeks and Armenians was perilous. After a series of catastrophic events, the majority of them would end up dead as part of the Greek genocide, which actually began with a series of confrontations in 1914 and would last until 1923. 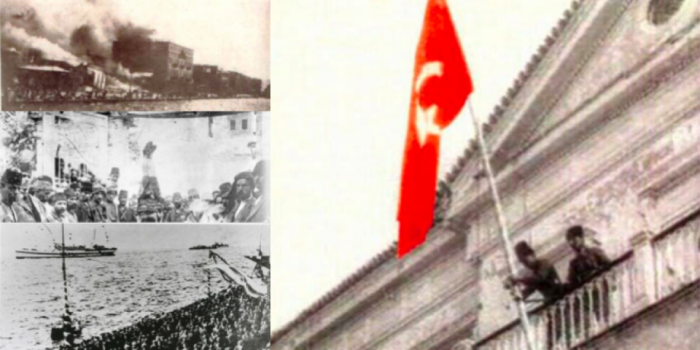 Eyewitness reports state that the great fire of Smyrna began on September 13, 1922, and lasted for approximately nine full days, until September 22. The fire’s results were catastrophic — the entire Greek and Armenian quarters of the city were completely wiped off the map.

Churches, ornate villas, and mansions of great architectural importance, as well as schools and entire market areas, were gone forever, without a trace. 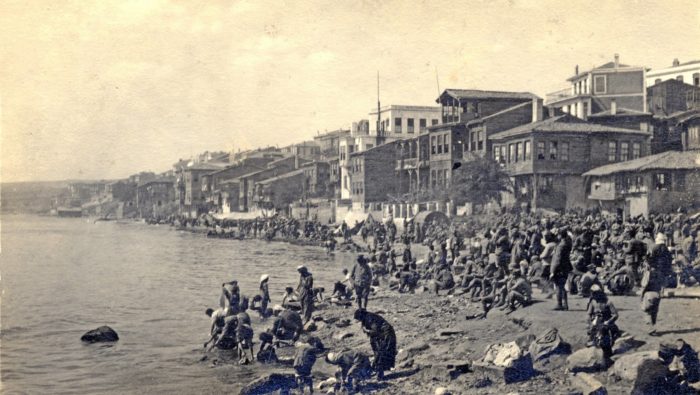 Official data about the number of the victims of the Smyrna fires and genocide does not exist. Experts believe that the  number of victims lands somewhere between 10,000 and 100,000, while the number of refugees who were forced to leave the city and its surrounding countryside was between 25,000 and 100,000.
The city suffered such enormous damage to its infrastructure that much of it literally had to be rebuilt from the ashes.
But the Greek neighborhoods, which had the most beautiful homes, churches and other buildings — the entire 40 hectares of what was once the most elegant part of the city, and then became a hellish inferno — has no buildings whatsoever on it.
Today the area is an enormous park, known as Kültürpark in Turkish, which serves as Turkey’s largest open-air exhibition center. There are no reminders there of the glory which once was Smyrna.