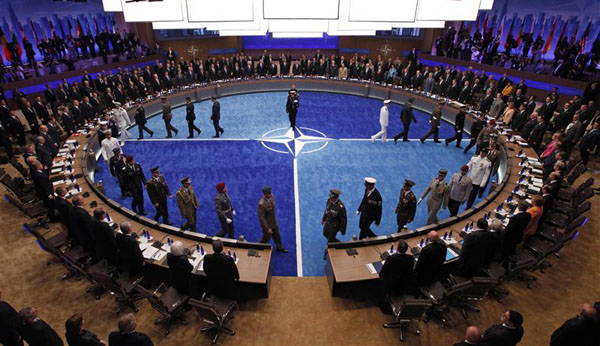 A verbal confrontation between Greek and Turkish representatives broke out at the NATO Parliamentary Assembly, regarding the latest Turkish activity in the Cypriot Exclusive Economic Zone (EEZ). “We are troubled by the recent provocations of Turkey in Cyprus’ EEZ,” Greek Foreign Minister Evangelos Venizelos said, underlining that this activity is a “flagrant violation of international law,” blaming Ankara for creating a crisis in an already unstable and troubled region.

Venizelos’ statement lead Turkish ruling AKP party MP Osman Askin Bek to reply that “the shelve is accessible by all, and two people must decide how to use resources. Activity in the region cannot be unilateral; there must be an agreement to share the natural gas resources. There should be a convergence through the UN that starts from 2008 when negotiations started,” triggering an immediate response from the head of the Greek delegation to the NATO Parliamentary Assembly, Evripidis Stylianidis.

Stylianidis underlined that “at this critical juncture we should avoid challenges from both sides, as well as the creation of problems that may cause an issue in the region and the Alliance,” explaining that “the issue of the deposits should not be confused with the resolution of the Cyprus problem, which we insist on being settled”, and addied that “it would be desirable for Turkey to ratify the EEZ Agreement. Cyprus operates as a sovereign state in the region.”

The Turkish AKP MP finally declared that his country does not have any claims over Cyprus and that the bilateral problems arise only at a political level. “There is no question on the borders between Greece and Turkey,” he stressed and commented on Greece’s policy to not remove the Turkish citizens’  travel visa requirement, while his country has already abolished the visa for Greek citizens.