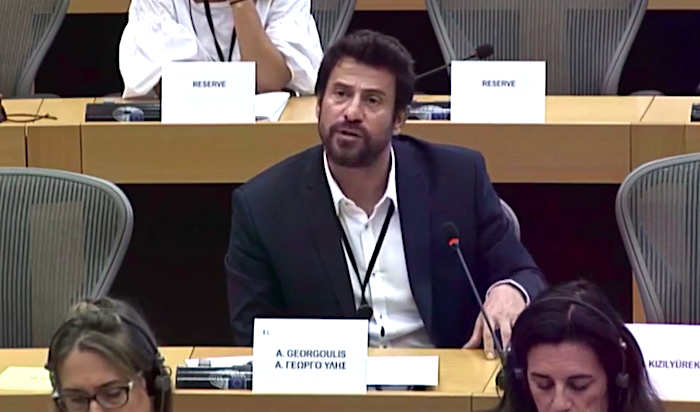 Alexis Georgoulis, a Greek member of the European Parliament, last week called on the European Union to re-examine its policy on the continent’s cultural heritage and to take initiatives to revitalize the role of its museums.

On the occasion of an international conference held in Japan last week, Georgoulis asked outgoing Commissioner of Education and Culture Tibor Navracsics to amplify the EU’s position on this issue. The MP did not receive a response.

The actor, famous for his role in the popular British series ”The Durrells,” said that the EU has failed to adequately debate ”the important issue of changing the identity of museums and the role they are called upon to play in modern times and amidst new challenges.”

The International Council of Museums wrapped up on Saturday in Kyoto, Japan with a resolution stating that museums around the world should play a central role as “cultural hubs” for exchanges which transcend differences in generations, countries and academic fields.

A record 4,590 participants from 120 countries and territories participated in this year’s museum conference.

Georgoulis would like the EU to actively encourage this effort and take initiatives to revitalize Europe’s many museums.

”The worldwide debate is about the effort of museums to acquire, in addition to their cultural mission, a social mission and to serve the community as a whole,” Georgoulis said in an interview with the Greek Reporter.

Most modern museums are “introverted,” says Georgoulis. ”Apart from brilliant exceptions, museums are trapped in their introspection without contributing much to the contemporary problems of citizens.

”They should be unique carriers of cultural information around the world and directly linked to today’s key problems such as the climate crisis and the violation of human rights,” he adds.

”We need a change in their mission. The visitor should be able not to just look at the exhibits but to live the experience of how it used to be then. A sort of time capsule taking the visitor back in time,” he explains.

Georgoulis has vowed to support a range cultural initiatives throughout Europe. “Culture issues must become more central in the European parliament,” the acclaimed actor said in a recent interview.

One of his central ideas, which he hopes to bring up for discussion in Brussels and Strasbourg, is the creation of a Europe-wide festival dedicated to productions of the ancient Greek tragedies.