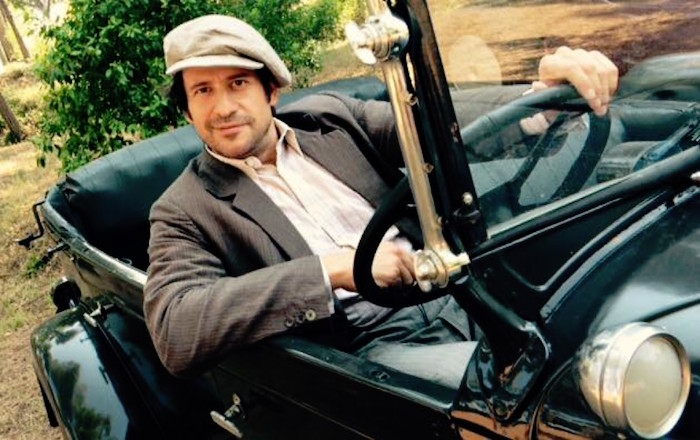 Popular Greek actor Alexis Georgoulis, currently starring in the television series “The Durrells” as Spiros Halikiopoulos, will be contesting for a seat in the European Parliament in the forthcoming elections of May 26.
Speaking to the Greek Reporter, Georgoulis, a candidate from the governing SYRIZA party, says that, if elected, one of his aims in Brussels and Strasbourg would be to help support and promote Greek audiovisual media.
“I was impressed by the work the Greek government did with EKOME, the National Centre of Audiovisual Media and Communication, and I want to help,” he said.
EKOME, founded in 2017 by the Ministry of Digital Policy Telecommunications and Media, aims to make Greece a center of audiovisual production by offering tax incentives to producers.
Incentives take the form of tax rebates on eligible expenses incurred in Greece, which can amount to 35 percent. The updated legislation provides a more flexible floor for television series (beginning at €30,000 per episode) and a new minimum for digital games (€60,000), while projects are financed without a cap.
Moreover, the Greek cash rebate can serve as collateral for producers to obtain further funding through the Greek banking system.
“An organization such as this existed in many countries in the world. Eventually, the current government made it reality in Greece too,” Georgoulis said.
“Eventually we would like to see an increase in EKOME’s budget to attract more foreign productions and expand its remit to include theatrical productions too,” the actor added.
If elected, Georgoulis vows to support cultural initiatives throughout Europe. “Culture issues must become more central in the European parliament,” he says.
One of his ideas, which he hopes to bring up for discussion in Brussels and Strasbourg, is the creation of a Europe-wide festival dedicated to Ancient Greek tragedies.
Georgoulis says that “Durrells” fans in Britain and beyond should not be alarmed if he is elected. “Strengthening EKOME and promoting other initiatives from the European parliament would help The Durrells, and perhaps many other films, to be shot in Greece.”
He decided to join SYRIZA in the contest for the European elections because he says the party is fighting against the extreme right, as well as xenophobia, in Europe.
“We need a Europe that focuses on society, culture, needs, and not just numbers. We need another culture, a new logic, beyond excessive consumerism,” he declares.
Georgoulis was born near the town of Larissa in central Greece. He is the third of four siblings, including two older brothers and a younger sister.
For four years now, he has played a beloved character in the British television show “The Durrells,” which is directed by Steve November. The series, which portrays a real-life expatriate British family, takes place on the idyllic Greek island of Corfu in the 1930s.
In 2007, Georgoulis, along with Nia Vardalos and Richard Dreyfuss, starred in the successful movie “My Life in Ruins,” which was directed by Donald Petrie and produced by Tom Hanks and Rita Wilson.