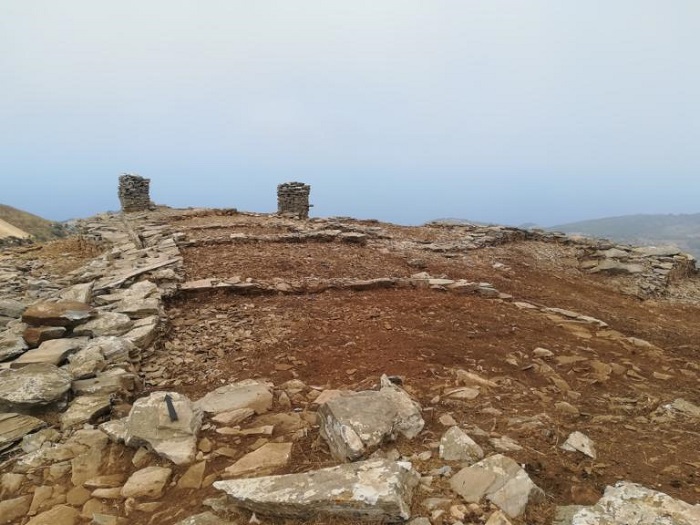 The Greek Ministry of Culture announced on Tuesday that archaeologists have recently uncovered an ancient settlement on southern Evia, believed to date from the 6th century BC.
The remains of the ancient settlement, discovered near the town of Karystos, are located in a naturally fortified position as they occupy a section of a rocky hilltop.
According to the ministry announcement, the the architectural remains extend to 46 meters (151 feet) long and 22 meters (72 feet) wide, while the total area of the settlement is ​​thought to be approximately one acre.
Archaeologists who are continuing their dig on the site have so far uncovered strong exterior walls, an arched common space and the rectangular foundations for rooms, all structured symmetrically. 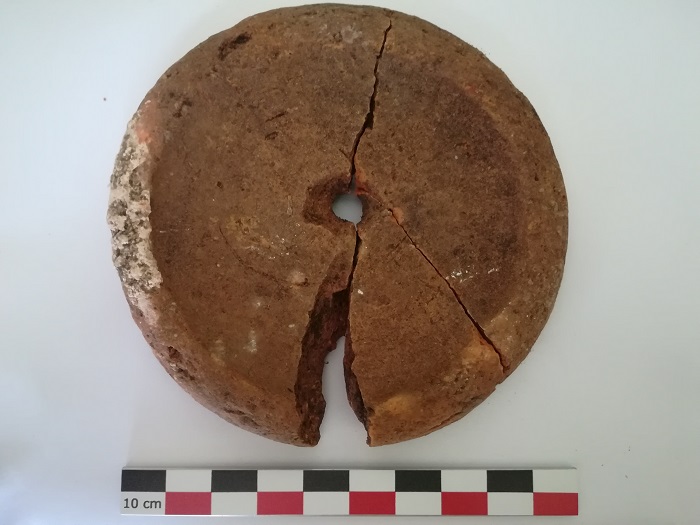 Other findings from the dig include utilitarian storage vessels and pottery, which is unadorned for the most part, while there are few examples of fine, decorated pottery.
According to the Greek ministry, all the evidence currently suggests that the ancient settlement was mainly used by craftsmen.