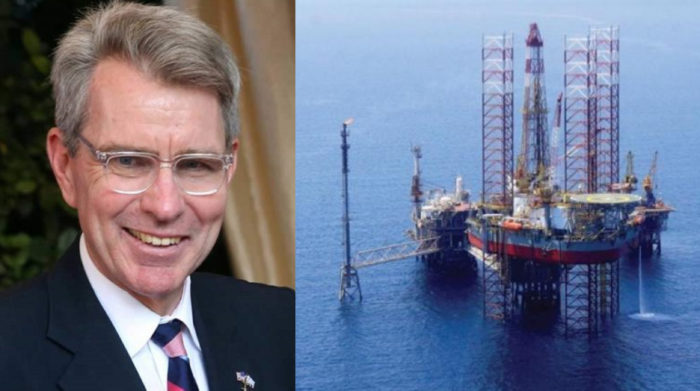 Speaking on Friday at the Southeast Europe Energy Forum 2019, currently taking place in Thessaloniki, the American Ambassador to Greece Geoffrey Pyatt said that Greece plays a leading role in the region in regard to energy-related issues.
Pyatt expressed the United States’ gratitude for Greece’s leadership as the ”guardian and regional integrator of European energy security and diversification.”
“With the €4.5 billion TransAdriatic Pipeline near completion, and construction on the Gas Interconnector Greece-Bulgaria commencing shortly, energy projects are driving opportunities in northern Greece, creating jobs while enhancing Greece’s regional standing,” the Ambassador noted.
Pyatt went on to commend the new government’s enthusiasm for the offshore exploration permit by ExxonMobil, Total, and Hellenic Petroleum, saying “We look forward to the permit’s final ratification in Parliament.
“We believe that offshore exploration here in Greece holds great potential, and what better partner to help grow Greece’s economy than ExxonMobil, the largest publicly-traded petroleum and petrochemical enterprise in the world?” he asked rhetorically.
The US Ambassador also referred to American involvement in the northern Greek city of Alexandroupolis, noting that this has become “an even more crucial link to European energy security, regional stability, and economic growth.”
“We are working with the Greek government on a $2.3 million project, funded by the US Army, to remove the sunken dredger ‘Olga’ from the port of Alexandroupolis, making the port a more usable and valuable asset for Greece.” he explained.
Removing the wreck of the ‘Olga’ from the port’s waters will increase its attractiveness for commercial investment opportunities, Pyatt added.
The Ambassador concluded his remarks by saying that energy will undoubtedly play a significant role in Greece’s future and in the future of northern Greece in particular, assuring Forum attendees that “the United States will remain Greece’s committed advocate and partner in this sector.”
With information from AMNA