By Assil Giacheia
September 5, 2019
Facebook
Twitter
WhatsApp
Linkedin
Email
A new video game is set to launch next week which will offer players a fascinating experience of touring, exploring and even virtually interacting with the culture and history of Ancient Greece.
The game, created by the French video game company Ubisoft, is called “Assassin’s Creed Odyssey Discovery Tour: Ancient Greece.”
The interactive video game uses beautiful, faithful recreations as a historically-accurate backgrounds for players, where they can freely roam around ancient Greece — or even take guided tours. 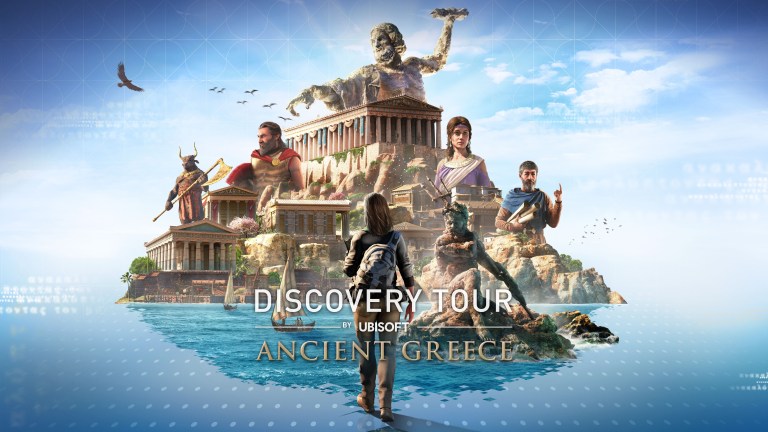 Gamers will be able to travel to a total of twenty-nine regions with over 300 educational stations found throughout the map, using 35 unique avatars, which are accessible by progressing through objectives.
The tours will feature five different themes, titled Daily Life, Philosophy, War, Famous Cities, and Myths. The game will also feature quizzes at the end of each theme to test gamers’ knowledge of ancient Greece.
Lessons will be guided by characters portrayed in the Odyssey games, including the Spartan warrior Leonidas, the historian Herodotus, and Barnabas, who served as a naval captain during the Peloponnesian War. 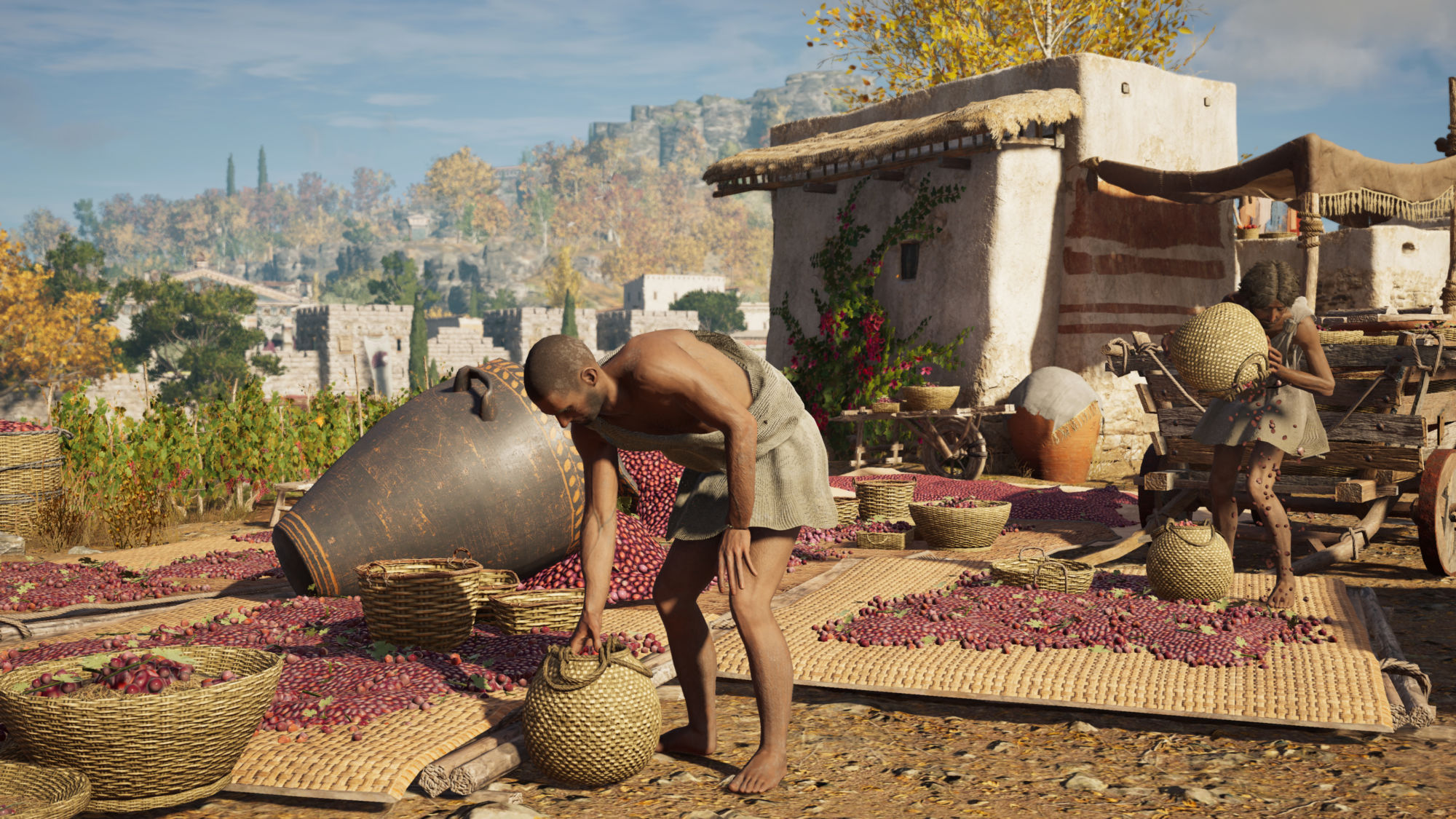 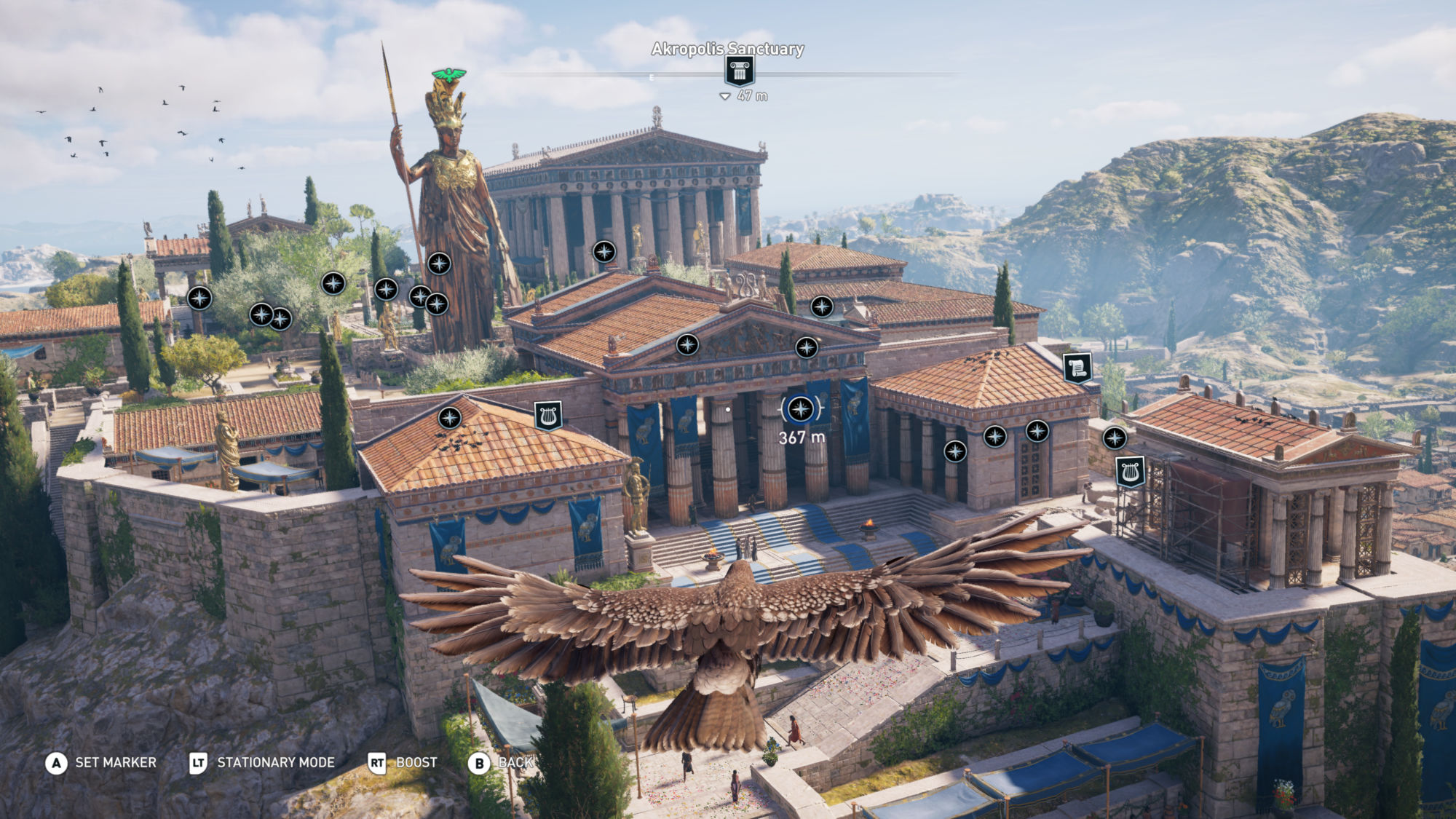 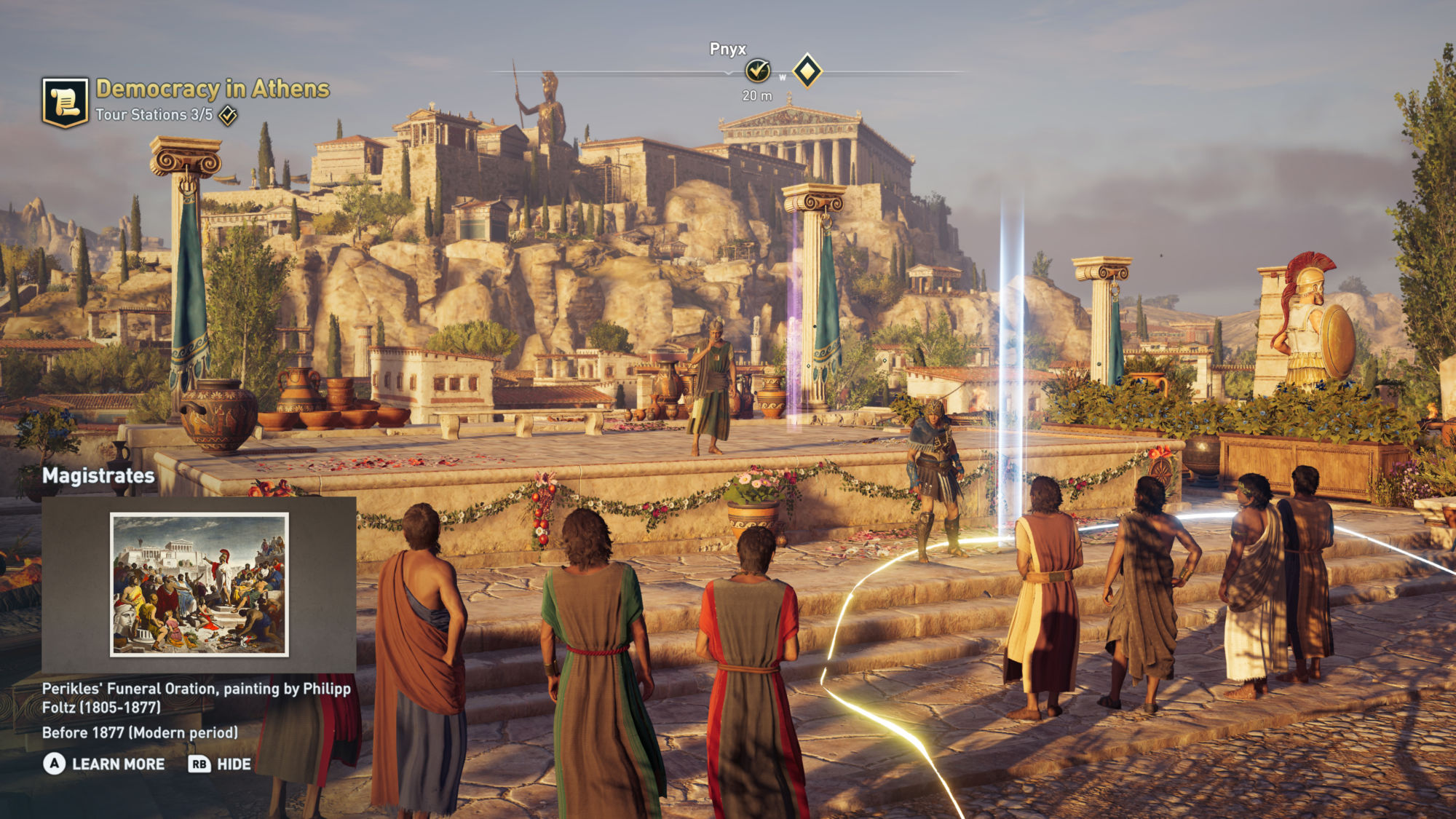 The beauty of this educational video is that it will allow you explore the ancient worlds Ubisoft has recreated without worrying about missions or combat, but focusing instead  on educational experiences — and doing so effortlessly.
Immersing themselves in this fascinating game can teach players so much about history without them being truly aware that they are learning. Even teachers can benefit from the new video game, as they can incorporate its stunning visual recreations in their classrooms, and it is a lock to capture students’ attention.
The Discovery Tour game series started with “Assassin’s Creed Origins,” which gave players the chance to learn about the world of ancient Egypt. It includes guided tours as well, teaching players about a variety of topics, including iconic landmarks, and introducing important figures from that time. 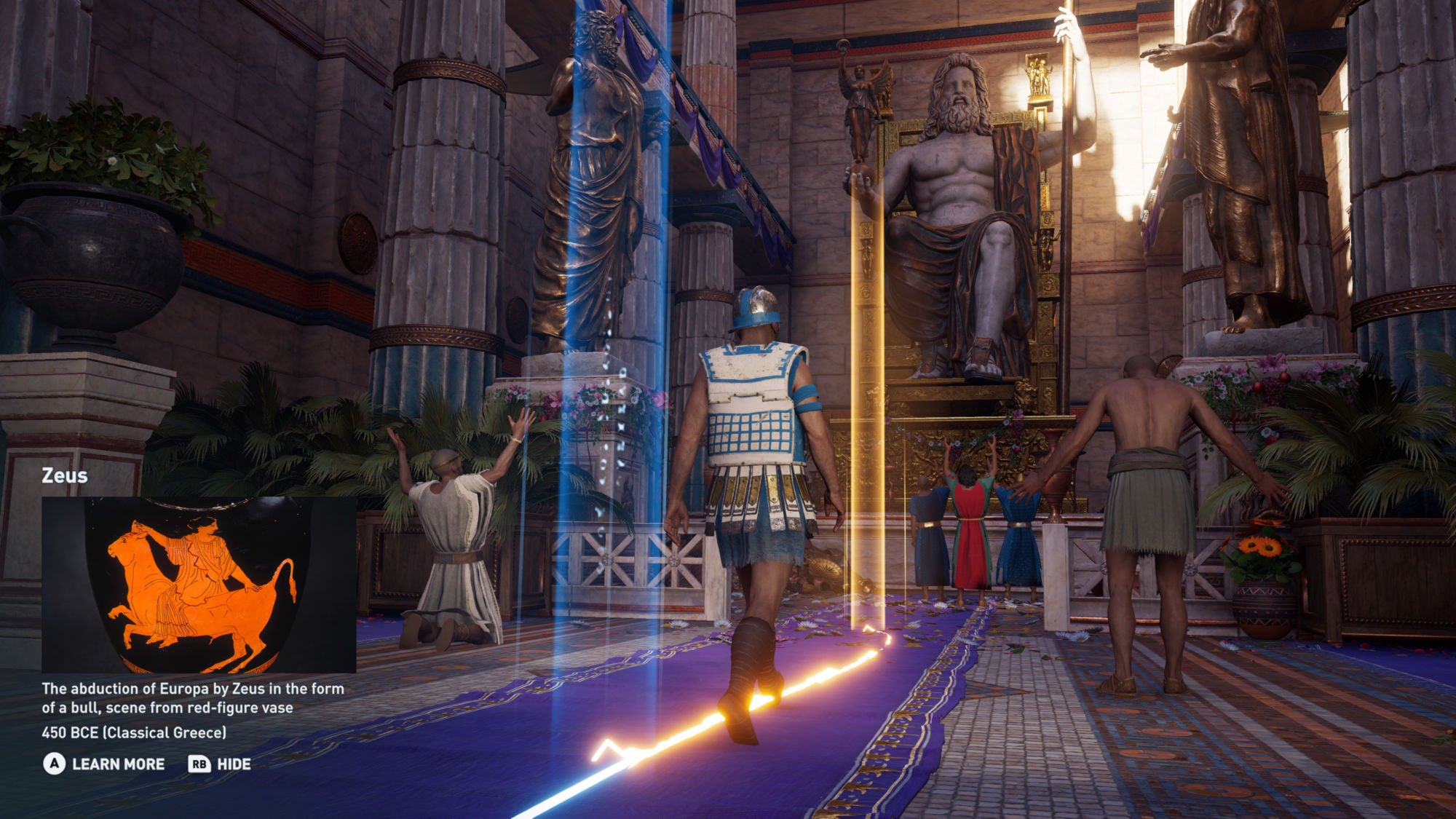 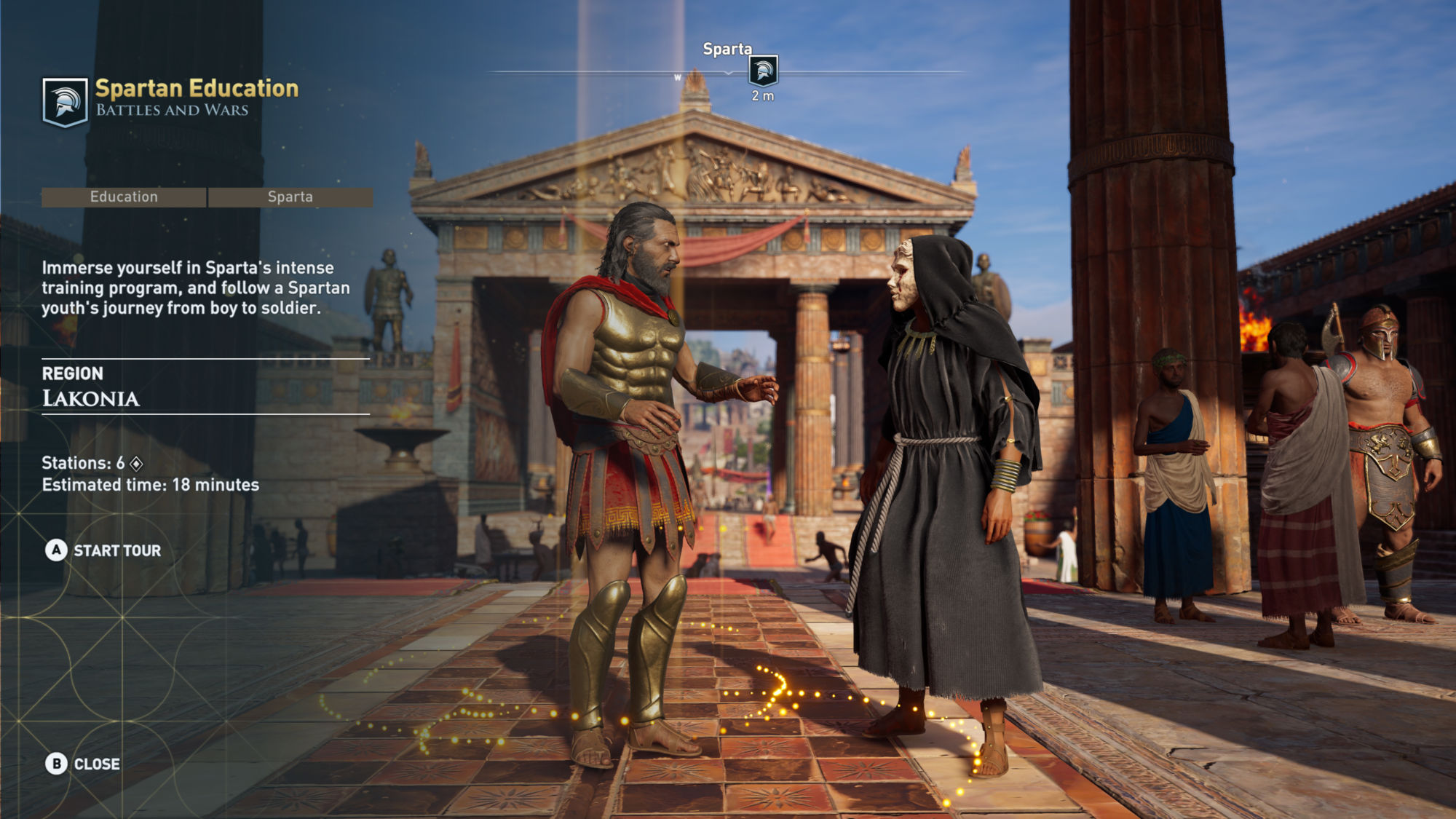 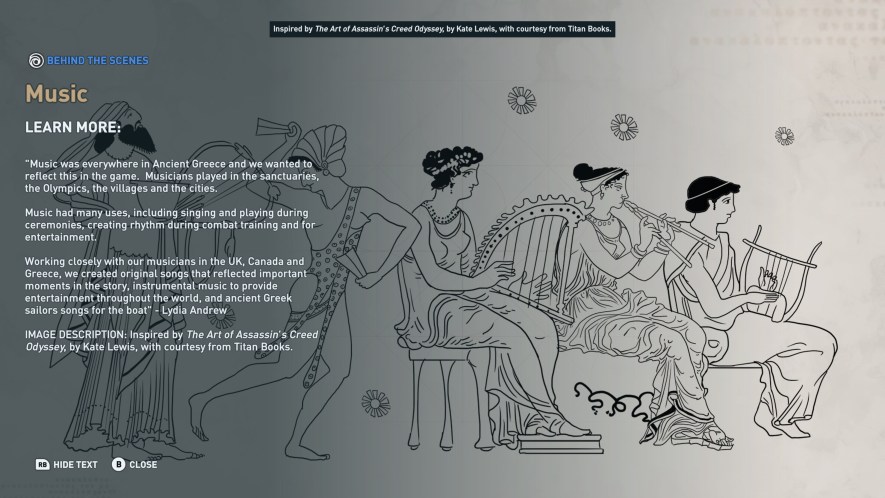 This new teaching option in video games is a major break from the usual games, which send the player on violent missions to fight enemies, embark on quests, and engage in naval combat.
If you just feel like relaxing and effortlessly learning more about the fascinating ancient world of Greece, or introducing this era of history for the first time to your children, Assassin’s Creed Odyssey’s upcoming “Discovery Tour” is the right choice for you to enjoy some interactive education.
“Discovery Tour: Ancient Greece” is free for all owners of “Assassin’s Creed Odyssey” and is also available independently on PC via Uplay for $19.99.
Watch the “Assassin’s Creed Odyssey: A Tour of Athens” trailer below to find out how the ancient capital was painstakingly recreated on film.