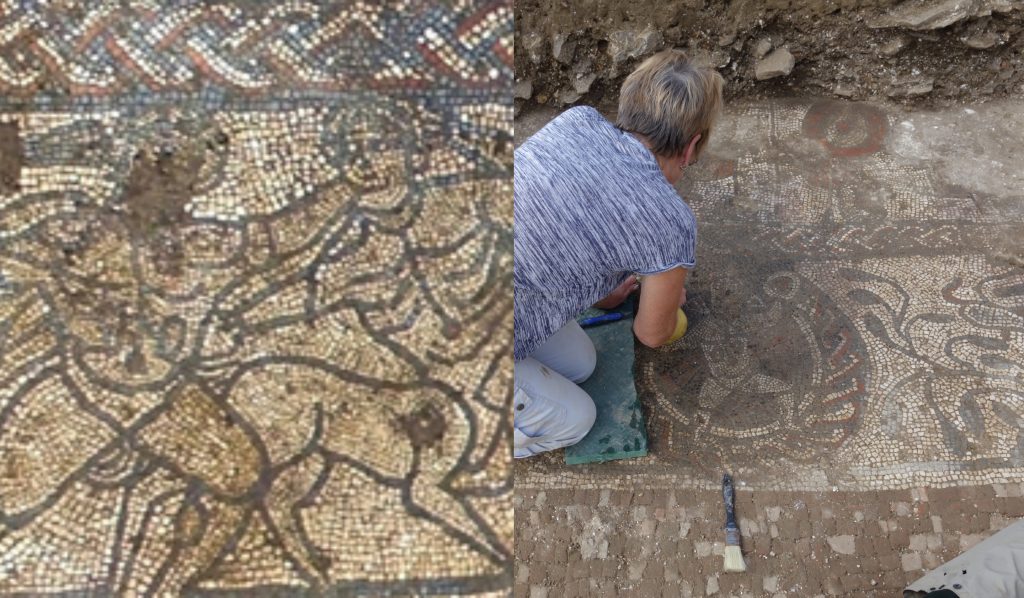 A Roman mosaic that was discovered in 2017 was brought to light in its entirety recently, in Boxford, West Berksire in England, UK.

In what is described as the most exciting archaeological discovery in Britain in the last fifty years, the mosaic dates back to the fourth century (380 AD), almost 1,600 years ago.

The mosaic is six meters in length and has marvelous depictions of beasts and characters from Roman and Greek mythology.

According to experts, the main artistic depiction of the mosaic represents the mythical Greek story of Pelops, who was a king of the Eleian city of Pisa in the western Peloponnese.

The British archaeologists who brought this marvelous piece to the surface, explained that the depiction includes the Greek hero Bellerophon, who became known for his task of defeating Chimera, a fire-breathing Greek mythical monster.

Other figures depicted on this Roman mosaic included Pegasus, the famous winged divine horse according to Greek mythology and Pelops who tried to make Greek Princess Hippodamia love him.

Daughter of the king of Pisa Oenomaus, Hippodamia eventually became the wife of Pelops and the Queen of Pisa.

The mosaic was recently open to the public, but will soon have to be buried again, as it lies on private farmland.