GRNews
GreekReporter.comEuropeEU Citizens in the UK in Limbo as Government Pledges to End... 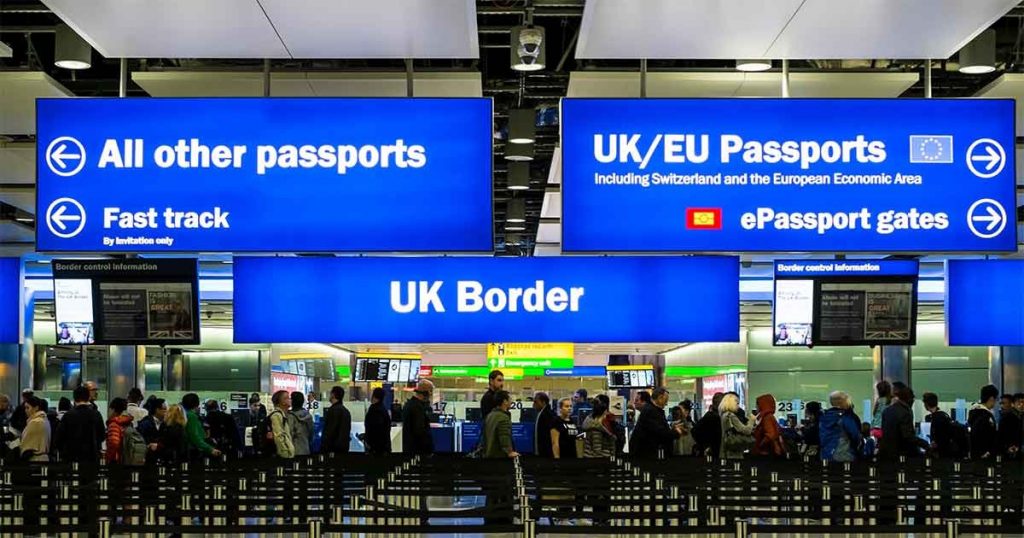 Widespread unrest has been growing since Sunday across Europe, when British media reported that the new UK government of Boris Johnson plans to end the free movement of EU citizens in case of a no-deal Brexit ”from day one.”

According to plans put forth by Priti Patel, the UK’s Home Secretary, Great Britain intends to impose strict controls at its airports and ports beginning on November 1, 2019, the day after the UK is expected to leave the EU.

This means that EU citizens will not have the automatic right to enter and stay in the UK for as long as they desire, as is now the case with any EU citizen who lives in any EU member state.

The previous government of Theresa May had pledged that even if the UK left the EU without a deal, Britain would not immediately stop the freedom of movement between the UK and the EU, since this would cause serious problems at the country’s border crossings.

However, it seems that the new Boris Johnson government has toughened this stance, this time by claiming that Britain will not implement May’s transitional period of exiting the EU until it abolishes the freedom of movement.

These latest developments have caused widespread negative reactions both in Britain and in the EU.

More than three million EU citizens who now live in the UK, and more than one million Britons who live in the EU, could possibly end up not being able to go back to their homes after returning from trips elsewhere in Europe.

The British government has not revealed any framework which would allow those who now live in the UK to demonstrate that they are permanent residents there, and that they have the right to enter the country without any checks.

All of the UK’s opposition parties reacted strongly to Downing Street’s new plans, while Guy Verhofstadt, the European Parliament’s chief negotiator for Brexit, declared in a statement that ”a no-deal Brexit would be catastrophic, it is reckless and it should not be normalized.”

”EU citizens contributing to the UK and those still wanting to visit, in the event of a catastrophic no-deal, deserve more certainty and advance information than this,” Verhofstadt concluded.