GRNews
GreekReporter.comGreeceSin Boy: The Albanian Rapper Who has Set the Greek Music Scene...

Sin Boy: The Albanian Rapper Who has Set the Greek Music Scene on Fire (video) 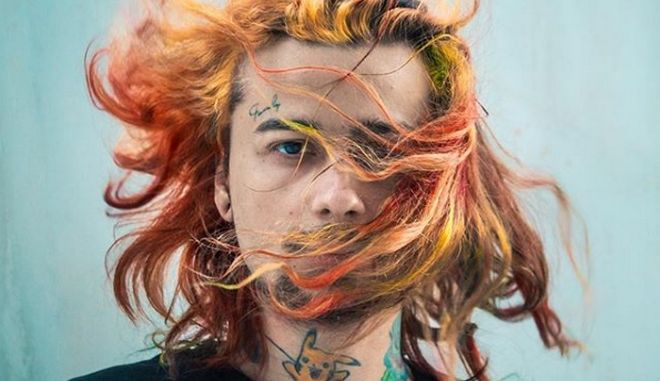 The song “Μαμά” (Mama) plays everywhere in Greece; it has 40 million views on YouTube. His previous one, “Gigi” in 2018, reached 50 million. The young rapper who sings it is despised by many, but loved by many more. This is Sin Boy.
It is certain that a large number of hits on YouTube were out of curiosity. Nevertheless, Sin Boy is the big name in music in Greece right now, albeit for the youngsters. His rap hybrid called “trap”, characterized by hard to understand, lazily sung vocals due to the extensive use of autotune, is all the rage now.
Yet, his success was not without controversy. It was due to an appearance on a TV show where he displayed a great deal of arrogance. That didn’t sit too well for the older crowd. Not to mention that his Albanian origins are not liked by some.
Sin Boy, or Augustin Gega ή Θεόδωρος Agustin Gega, was born in Athens from Albanian parents in August 1994. It was inevitable that he faced incidents of discrimination in his life. Yet, that was a fact that he dealt with with a cool head.
As he said on television, he considers both Greece and Albania his home, but he believes that Greece is the most beautiful country in the world and the best place to live.
Although, he has expressed his love for Greece he does not want to become a Greek citizen. Greek citizens are required to serve in the military for 1 year but Sin Boy says doing so would deprive his fans of his music. His decision to not become a Greek citizen and serve in the military is disliked by some.
Sin Boy started putting his rap songs on YouTube in 2015. His posts were well-liked by teenagers and boasted hundreds of thousands of views. Two years later he signed a contract with Heaven Music. And from then on it was an easy ride to the top.
Watch the videos of “Mama” and “Gigi” below: