The Areas with Highest Earthquake Risks in Greece 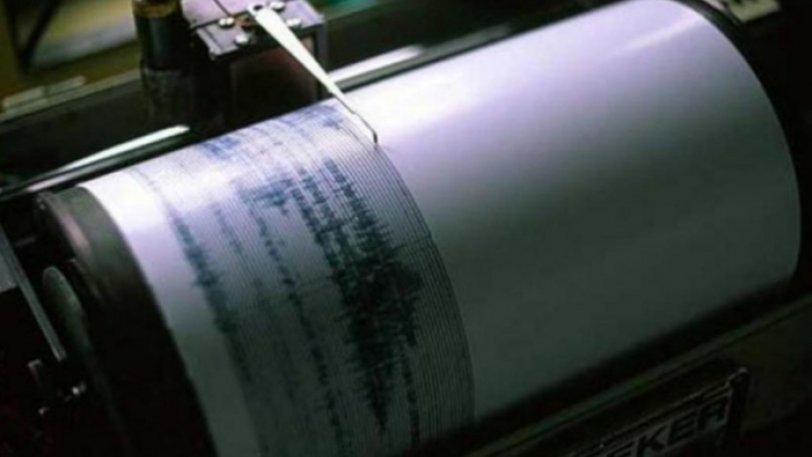 Wednesday’s tremor, which hit 5.2 on the Richter scale and shook Greece’s largest island of Crete, is further proof that the island is in a high earthquake risk zone, as seismologists have pointed out.
The frequency of seismic activity in Greece makes it rank sixth in the world and first in Europe in the damage caused by earthquakes. This is due to some unique geological characteristics, caused by the movements of the tectonic plates in the Eastern Mediterranean region.
The area that they believe is most prone to be hit by earthquakes is specifically along the coasts of Western Greece from Corfu to Western Crete. A great deal of destructive seismic activity can generally occur in those regions.
Of course, the entire nation of Greece is prone to a great deal of seismic activity, including earthquakes. As scientists say, the entirety of the famous “Greek Bow” is an earthquake zone, starting from around the island of Lefkada, curving across the sea all the way to Rhodes.
The Greek Bow has been in existence for the last 5 million years.
Earthquakes in this area can be as forceful as 7 to 7.5 points on the Richter scale. The area is the threshold of contact and convergence of the African with the Eurasian lithospheric plates, the former sinking slowly but steadily at a rate of about 4.5 cm per year below the latter.
And it is just this titanic “battle” of plates in the South Aegean that is the main cause of most earthquakes in Greece.
The map from an older To Vima newspaper report shows this zone of high earthquake risk in green:

According to research, there are three areas in the Greek Bow where seismic activity is frequent and can cause loss of life and great destruction because of its great magnitude.
In the first area, to the north of the island of Lefkada, the seismic activity is due to compressive forces operating in an approximately east-west direction, perpendicular to the coast of western Greece.
The last major earthquake to hit Lefkada, in the year 2015, left two people dead and dozens injured, with property damage reaching dozens millions of euros.
The second area, located south of the island of Kefalonia, forms the western part of the Greek Bow. Seismic activity there is due to the convergence of the African and the Aegean plates, and the sinking of the first below the second.
The result of this sinking is seismic activity at what scientists call an intermediate depth (focal depths of earthquakes greater than 60 km) below the Peloponnesian Peninsula and eastward into the area of the Cyclades.
The islands of Kefalonia, Zakynthos and Ithaca in the Ionian Sea were hit by a massive 6.2 quake in 1953 which destroyed a total of 27,569 homes out of the 33,000 residences which once stood on the three islands.
The third seismic area is located between the first two, in the wider area of ​​Kefalonia, from Zakynthos to Lefkada. The seismic activity there mainly manifests itself along a ridge which goes from the northeast to the southwest. The total relative movement near this rift is about 25 mm (.8 inches) per year.


Characteristics of seismic activity in Western Greece include the large number of small and intermediate-magnitude earthquakes accompanied by a higher frequency of strong, devastating earthquakes.
So despite the fact that the magnitude of the major earthquakes in this area are slightly smaller than in other areas of Greece, the overall seismic risk is clearly greater due to the frequency of earthquakes capable of causing disasters.
In addition to the islands of the Ionian mentioned above, the Corinthian Gulf and Southern Crete are also closely monitored by seismologists. This entire region, from southern Crete to Rhodes, is affected by the geological formation called the Anatolian Rift and can suffer from very powerful earthquakes as a result.
This particular seismic activity makes Turkey move west, towards the Aegean, at a speed of 25 millimeters (.9 inches) per year, along the North Anatolian Rift. The Aegean Sea actually follows this movement as well, advancing at the same speed as the continent of Europe along the North Aegean Trench to the west.
At the same time, however, the Aegean is also expanding to the south, at a speed of about 10 millimeters (.39 inches) per year. Because of this, the slip rate in the south reaches about 35 mm (1.37 inches) per year, going in an approximate northeast-southwest direction.
As Africa moves north, at a rate of 10 millimeters (.39 inches) per year, the rate of convergence between the African lithospheric plate and that of the Aegean is about 45 millimeters (1.77 inches) per year, resulting in a continuous expansion of the Aegean Sea.