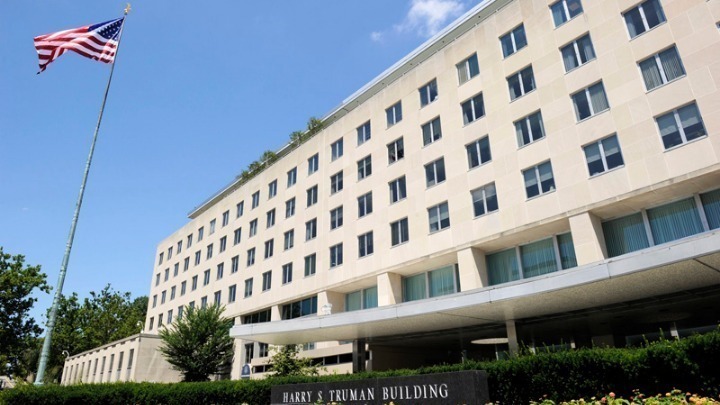 A diplomatic-level meeting was held on Thursday at the State Department in Washington, D.C. as a follow-up to the tripartite summit between Greece, Cyprus, and Israel, held earlier this year.
US Secretary of State Mike Pompeo had expressed Washington’s support for the “tripartite mechanism” at that March 20 summit, while stressing the importance of further expanding this new cooperation.
According to the State Department, the government of the United States, the Republic of Cyprus, the Hellenic Republic and the State of Israel met in Washington to discuss the importance of economic engagement.
This aim is within a framework of their joint commitment to promoting peace, stability, security and prosperity in the Eastern Mediterranean region.
The four parties specifically discussed the use of all available economic tools to help address the entire range of economic challenges in the region, with emphasis on the economic dimension of the national security sector.
The respective officials of the four countries have made a commitment to keeping open the lines of communication between the United States and the other three parties, as well as exploring the possibilities for further expansion of this cooperation.
Source: AMNA