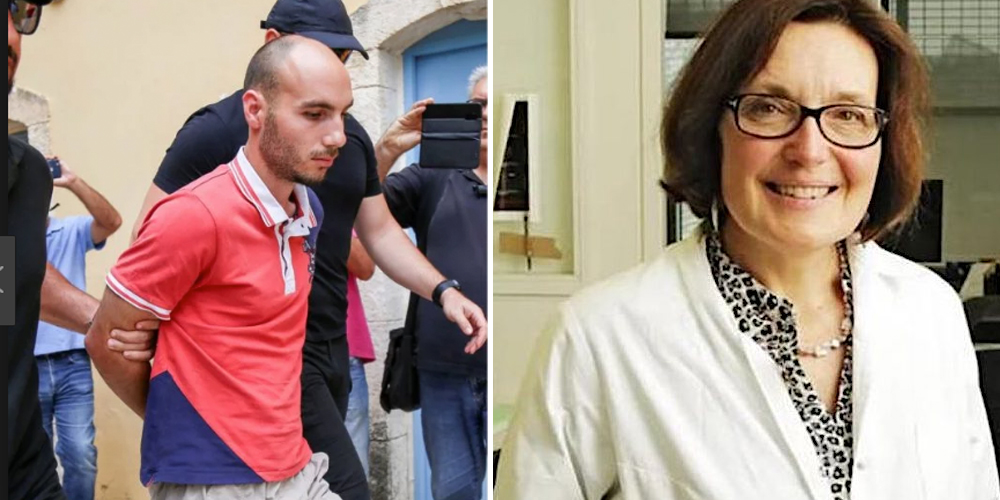 The father of the 27-year-old man who confessed to the killing of American biologist Suzanne Eaton, 60, apologized to her family through a letter released to the press by defense attorney Pantelis Zelios.
The communication stated that he was shocked by the death, and he asked the media to spare his daughter-in-law and grandchildren additional publicity.
Dr. Eaton was on the island of Crete to participate in a scientific conference at the Orthodox Academy of Crete. She was reported missing on July 2nd, and her body was found five days after her disappearance in a cave which had also served as a WWII bunker in the area of Maleme, Chania.
Yiannis Paraskakis, 27, is currently in custody after he admitted to running down Eaton with his car, then raping and suffocating her.
The full letter of Paraskakis’ father, who is an Orthodox priest, is as follows:
“As a human being and a priest, and entirely in agreement with the prevailing sentiment, I am devastated at the heinous and appalling way one of our fellow humans lost her life, even more so that the perpetrator of this crime is my own child. I want to express my sincere condolences to the family, husband and children of the hapless American woman Suzanne Eaton.
“I hope God provides them strength and comfort. As long as I live, I will pray to the Almighty to rest her soul.
“On the other hand, as a father, I can’t not stand by my child during this difficult time, even if he committed such a serious crime. I would like to apologize to the family of the hapless woman, my fellow villagers, all Cretans, and the Greek and global public opinion.
“Now it is the turn of Greek justice. This isolated incident cannot in any way describe the peace-loving, honorable and welcoming residents of a country, its people and a nation.
“I also beseech you: The perpetrator’s wife and young children bear no responsibility for what happened; please respect our own pain at this time. Just like the family of Suzanne who died tragically, so shall we from now on die an emotional and moral death every day.”
Source: AMNA