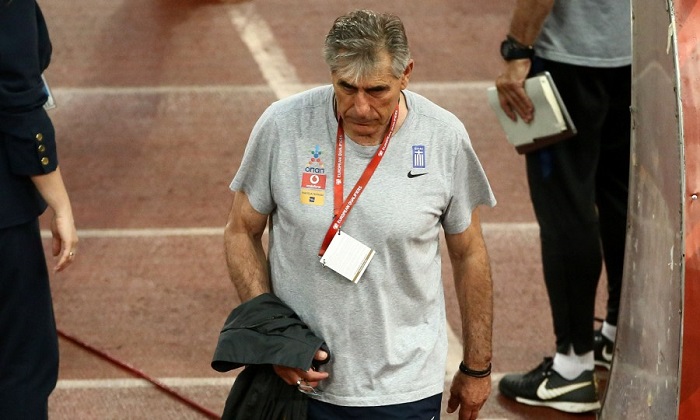 Greece’s Football Federation (EPO) on Monday sacked the coach of the national team Angelos Anastasiadis after Greece performed poorly in the Euro qualifiers.
The low point of the national team was a shocking 3-2 defeat to the low-ranked Armenians in Athens in June.
In their four Euro qualifiers so far, the Greeks have managed only one win – against Liechtenstein, leaving the 2004 European champions in fourth place in Group J on four points.
Anastasiadis, who was appointed in October 2018 after the departure of Germany’s Michael Skibbe, met Hellenic Football Federation (EPO) President Vangelis Grammenos who told him he is no longer needed at the national team set-up.
The meeting the two men had in Athens ended without a deal on the severance pay the 66-year-old manager will receive, but his departure is taken for granted.