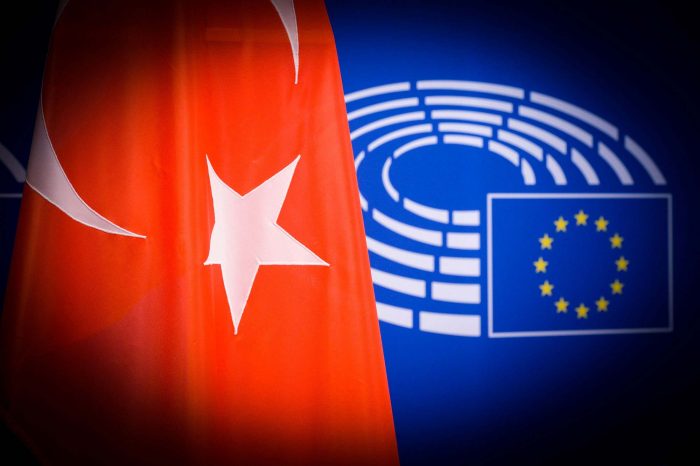 Turkish diplomats sent a ”non-paper” to all EU capitals but Cyprus on June 16, warning them not to take sides on its provocative drilling actions inside Cyprus’ Exclusive Economic Zone (EEZ).
According to Cyprus‘ Fileleftheros newspaper, Ankara sent a non-paper to all 27 EU capitals apart from Nicosia, a few days before the two-day European Council Summit of June 20-21.
There, the Turkish diplomats claim that a decision to condemn Turkey’s hydrocarbon activities in Eastern Mediterranean would be ”a mistake and put further strain on the already impaired image of the EU as a biased actor in the region”.
Turkey calls in the letter the boundaries of Greece’s and Cyprus’ EEZ ”maximalist maritime jurisdiction boundary claims” and characterizes them as ”a direct violation of the international law”.
In yet another attempt to show complete disdain to the Republic of Cyprus’ sovereign rights, Turkey notes in its paper that ”we do not recognize the unilateral and illegitimate Exclusive Economic Zone claims of the Greek Cypriots”.
Turkey calls the EU to help provide stability, ”otherwise, we will resolutely continue to protect our own continental shelf rights […] and the Turkish Cypriots’ rights”.
Despite these Turkish warnings though, the European Council, under pressure from Greece and Cyprus, decided to call for the Commission to “submit options for appropriate measures without delay, including targeted measures” against Turkey.