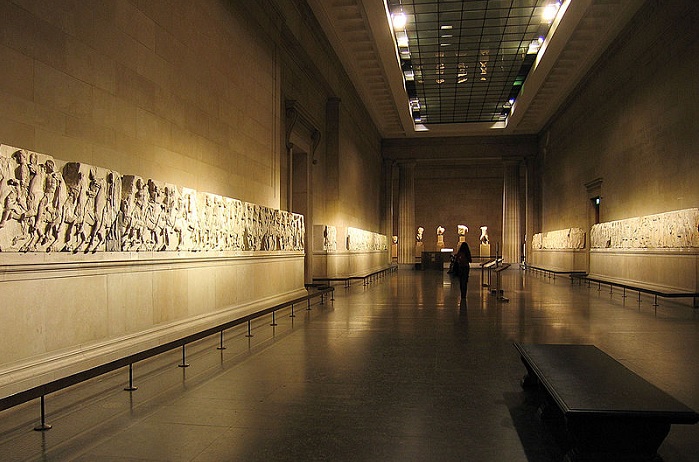 On June 20, 2009 the New Acropolis Museum opened its doors to the public. It was strongly implied and believed at the time that the state-of-the-art modern glass and concrete building would help bring back the Parthenon Marbles from Britain.
Greece has campaigned for decades to reclaim the sculptures chipped away from the facade of the Parthenon in 1806 by Britain’s Lord Elgin. The seemingly endless battle for the reunification of the marbles is one of Europe’s longest-running cultural rows.
The British Museum’s refusal to return the 2,500-year-old Parthenon Marbles to Greece is based on a single argument: the museum is the legal owner of the marbles because they were legally acquired at the beginning of the nineteenth century by Lord Elgin, according to a document provided by the Ottoman Empire.
The Ottomans were the occupying power in Greece at that time, even having used the Parthenon as their military headquarters.
The British Museum reiterated its position in the following statement, which was sent to the Greek Reporter. The statement lays out the Museum’s position, saying “Lord Elgin, the British diplomat who transported the sculptures to England, acted with the full knowledge and permission of the legal authorities of the day in both Athens and London.
“Elgin’s activities were thoroughly investigated by a Parliamentary Select Committee in 1816 and found to be entirely legal. Following a vote of Parliament, the British Museum was allocated funds to acquire the collection,” the Museum explains. 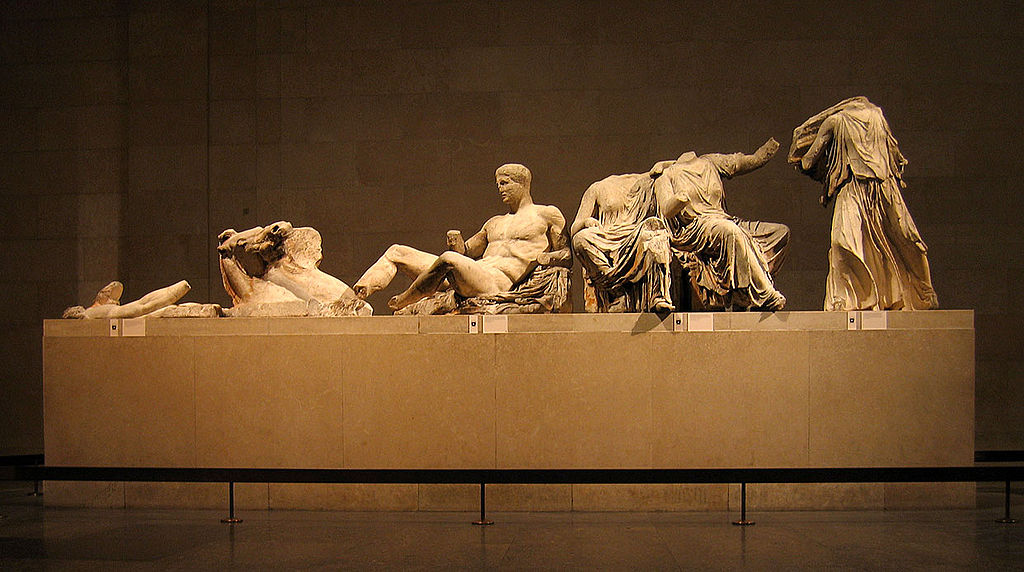 Human Rights lawyer George Bizos, who served as one of Nelson Mandela’s legal representatives, sees the situation very differently.
As he related to the Greek Reporter, “Parliament in 1816 wanted to be sure that Lord Elgin had authority to remove the marbles, and insisted on the production of a document. One third of them had very serious reservations about the legality or the morality of the taking of the marbles out of Greece and they insisted on a document. And a document called a firman was produced — in Italian.”
According to some experts, the document the British Museum refers to as a firman is not an actual firman at all.
Professor Dr. Zeynep Aygen, the author of the book “International Heritage and Historic Building Conservation: Saving the World’s Past,” has stated publicly that “the letter in the Italian language is not a firman at all; there is no way that it can be accepted as a firman.”
She explained to the Greek Reporter that “the Ottoman Court would not give a letter (written) in the Italian language… we do not know where the original of the letter is.”
Dr. Aygen maintains that “a firman is a royal document with a number of special signs. Therefore it is clear that the letter in the Italian language is not a firman approved by the Sultan and not a “buyruldu” by the Grand Vizier. In both cases the necessary format is missing from the aforementioned letter.”
Human rights attorney Bizos further explained to the Greek Reporter that “It must be emphasized that the Ottoman Empire was a theocracy. There was no legislative body and the law in force was sharia.
“The Sultan alone was authorized to interpret the sharia law to the extent that it was inadequately expressed, and to issue decrees to the extent that they were not inconsistent with sharia. This latter power was expressed in the issuance of firmans.”


The Acropolis was declared a World Heritage Site in 1987. In fact, UNESCO has said that the Acropolis itself can be seen as the ultimate symbol of world heritage.
According to UNESCO, world heritage monuments belong to humanity and there is an obligation to keep them in excellent condition — and with all their parts — which is what makes them unique.
However, the British Museum says that they consider the Parthenon Marbles as an integral part of their collection. As it states, “The Acropolis Museum allows the Parthenon sculptures that are in Athens (approximately half of what survives from the ancient world) to be appreciated against the backdrop of Athenian history.
“The Parthenon sculptures in London are an important representation of ancient Athenian civilization in the context of world history. Each year millions of visitors, free of charge, admire the artistry of the sculptures and gain insight into how ancient Greece influenced- and was influenced by- the other civilizations that it encountered.
“The Trustees of the British Museum firmly believe that there is a positive advantage and public benefit in having the Sculptures divided between two great museums, each telling a complementary but different story”.
But what would the British Museum say to those who think that the marbles are an integral part of the Parthenon building itself?
More nations are demanding the return of objects which are part of their cultural heritage, which they maintain have been systematically looted over the years. They base their requests on new “cultural property” laws which lay claim to art and artifacts inside their borders as well as a 1970 United Nations convention banning the export of artworks and objects without a license.
A number of museums are complying with these new strictures, and governments are increasingly cooperating with them as well. In recent years, the Louvre in Paris, the Metropolitan Museum of Art in New York, the J. Paul Getty Museum in Los Angeles and the Boston Museum of Fine Arts have all returned works to their countries of origin.
With recent examples of some of the world’s largest museums returning artifacts to their original countries after ownership titles proved to be inadequate, what will happen in the case of the Parthenon Marbles, perhaps the largest treasure in the world to have been wrenched away from its place of origin?