Fresh after lifting the UEFA Nations League trophy for Portugal last weekend, footballer Christiano Ronaldo and his family arrived for a well-deserved holiday at an exclusive resort in the southern Peloponnese on Wednesday.
This is the second summer in a row that the Portuguese superstar chose to stay at Costa Navarino, comprised of several sites, featuring two 5-star hotels (The Romanos, a Luxury Collection Resort and The Westin Resort), as well asluxury residences, conference facilities, spa and thalassotherapy centers and signature golf courses. 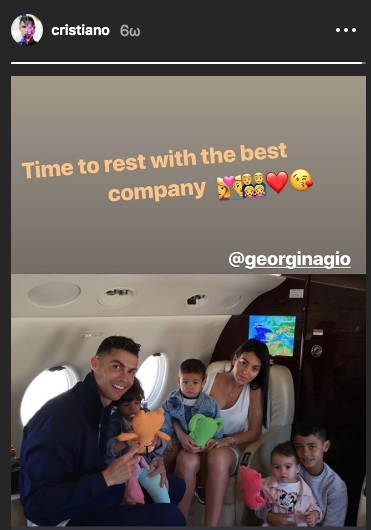 Ronaldo, 34, flew to Kalamata on a private jet and then onward to the resort aboard a helicopter. Local media say that there is a news blackout on the exact whereabouts of the football legend.
Last summer Ronaldo sealed his lucrative move from Real Madrid to Italian giants Juventus at Costa Navarino.

He toasted his move to Turin, posing with a glass of champagne alongside his agent Jorge Mendes, Juventus chairman Andrea Agnelli and other representatives who traveled to Greece for the occasion.