By Tasos Kokkinidis
June 7, 2019
Facebook
Twitter
WhatsApp
Linkedin
Email
The first Muslim mosque to open for worship in Athens since the establishment of the modern Greek state opened its doors in the capital city on Friday.
After numerous delays, for a variety of reasons, the mosque in the Votanikos neighborhood was officially opened at an event hosted by Greece’s minister of Education and Religious Affairs, Costas Gavroglou. 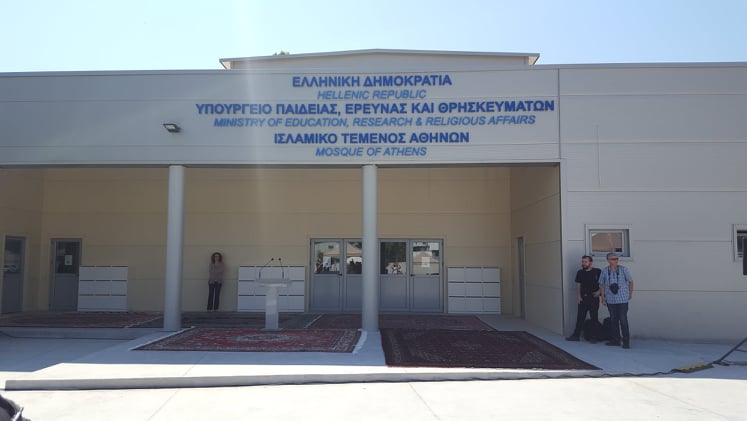 Gavroglou said that at last Athens has a place of Muslim worship “for Greek citizens, migrants, refugees and Muslim visitors.
“The right to religious freedom does not depend on how one ended up in our country. It’s like the right to education and health care… It is non-negotiable human right,” the minister declared.
Sidi Mohammed Zaki, the mosque’s imam, said the community was honored to be present, and had waited for a long time to see the fruition of this project.
“As you know, Islam is a religion of peace, brotherhood, a religion of unity and unification, and nobody stands out,” he said, adding that “the best person for Allah is the one who offers something to humanity. We thank the Greek people for accepting us as Greek citizens and Muslims, and I thank the Greek state for helping us set up this space.”
The construction of the mosque itself has been completed while its interior requires some finishing touches. It remains unclear when the mosque will open for regular prayers as the ministerial decision appointing an imam has yet to be signed.
Until today, Athens was one of the very few European capitals which did not have a mosque. 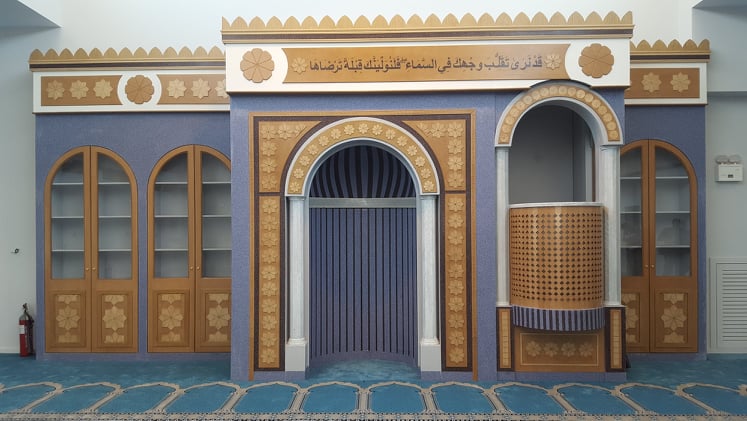 The city has approximately 250,000 Muslims, who have to observe their religion in seventy unofficial, unauthorized shrines across the city.
The new Athenian mosque is relatively small, it does not have a minaret, and loudspeakers, which normally issue the call to prayers, will not be allowed. 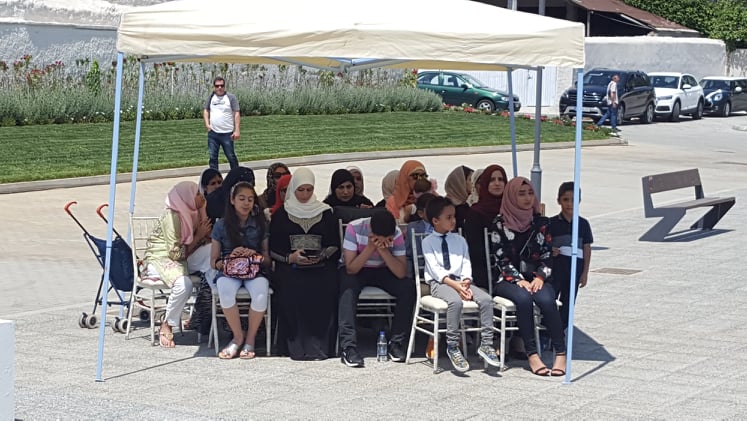 The building can accommodate just 300 men and 50 women at a time, a number which clearly does not cover the city’s Muslim population, which is mainly comprised of migrants from Asia and Africa.
The construction of a mosque in Athens was announced several decades ago.
Strong opposition from far-right and religious groups, however, halted its construction for years.
Greek lawmakers voted in 2016 for the acceleration of its construction, but the mosque suffered from numerous incidences of vandalism, with anti-Muslim slogans and posters decrying the creation of a Muslim shrine in the Greek capital constantly plastered on its walls.