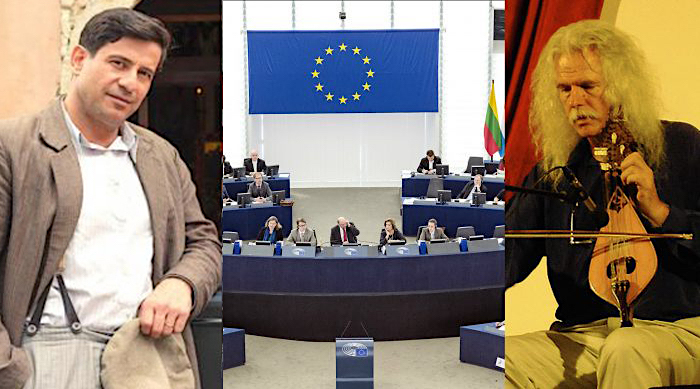 Greece’s ruling SYRIZA party announced on Friday afternoon its last five candidates for the upcoming European elections taking place on May 26.
Two of the individuals SYRIZA announced are very popular in Greece and beyond: The well-known actor Alexis Georgoulis and the Irish musician Ross Daly.
Georgoulis, who is originally from a village in Larissa, Greece, is not only one of the most familiar faces in Greece, but abroad as well.
For three years now, he has played in the popular British series ”The Durrells,” which is directed by Steve November. The story of the real-life British family takes place on the idyllic Greek island of Corfu in the 1930s.
In 2007, Georgoulis starred, along Nia Vardalos and Richard Dreyfuss, in the successful movie ”My Life in Ruins,” which was directed by Donald Petrie and produced by Tom Hanks and Rita Wilson.
Ross Daly, the other well-known figure which SYRIZA has placed on its ballot, is the 67-year old Irish world musician who specializes in the music of the traditional Cretan instrument, the lyra.
Daly has lived on Crete for more than thirty-five years now and has a massive discography which started in the early 1980s.
The remaining three candidates for the European elections who will fight from SYRIZA’s euro-ballot are the director Kyriaki Malama, the Union leader George Petropoulos and Columbia University Professor Natasa Romanou.
Greece will elect twenty one out of the total 751 members of the European Parliament.
In the unlikely scenario that the UK will leave the EU before the elections in May, the European Parliament will have a total of 701 instead of 751 parliamentarians.