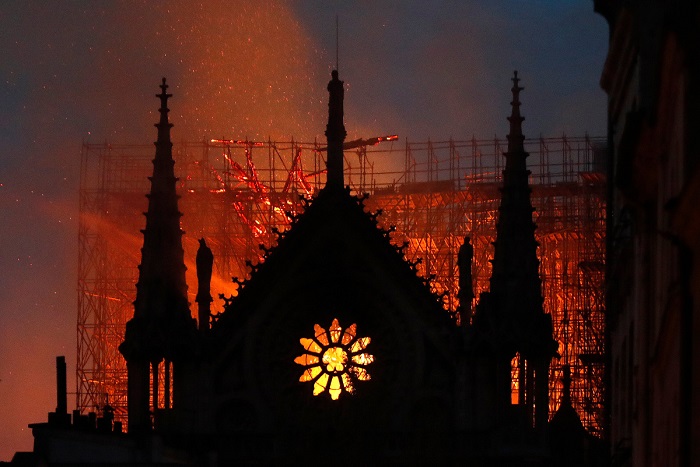 A major fire engulfed the medieval cathedral of Notre-Dame in Paris, one of France’s most iconic and well-known landmarks, on Monday evening.

The 850-year-old Gothic building’s spire and roof have collapsed but the main structure, including the two bell towers, have been saved, officials say.

President Emmanuel Macron called it a “terrible tragedy” and pledged to rebuild the Cathedral.”This is our French destiny,” he noted in a tweet.

The cause of the fire is not yet clear. 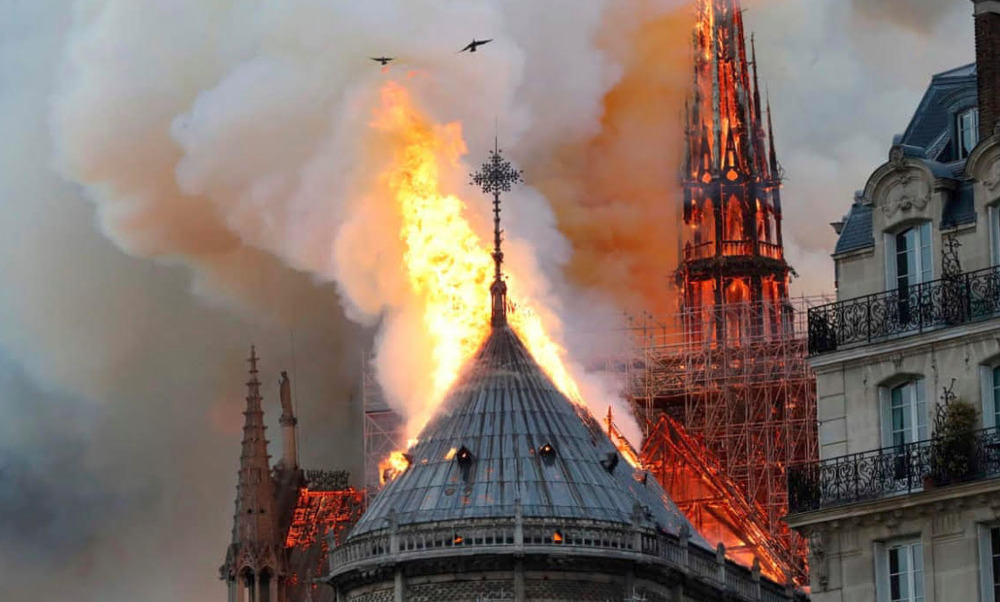 Officials say it could be linked to the renovation work that began after cracks appeared in the stone, sparking fears the structure could become unstable.

Historian Camille Pascal told French broadcaster BFMTV that “invaluable heritage” had been destroyed, adding: “Happy, and unfortunate, events for centuries have been marked by the bells of Notre-Dame. We can be only horrified by what we see.” 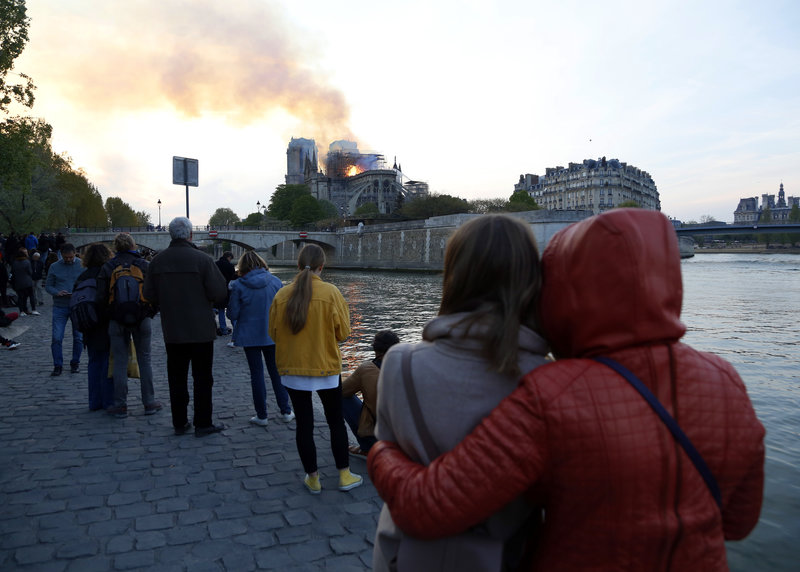 Thousands of people gathered in the streets around the cathedral, observing the flames in silence. Some could be seen openly weeping, while others sang hymns or said prayers.

Several churches around Paris rang their bells in response to the blaze, which happened as Catholics celebrate Holy Week.

Greek and Cypriot officials and politicians expressed their sadness from the first moments of the terrible disaster.

Prime Minister Alexis Tsipras said that the fire was not just a disaster for France but for the entire cultural heritage of Europe and the world.

The leader of the Opposition and President of the New Democracy party, Kyriakos Mitsotakis, said that the images of Notre Dame in flames were absolutely heartbreaking to watch, adding that the Cathedral is a historical and religious landmark of Paris, of France and of Europe.

The images of #NotreDame in flames are absolutely heartbreaking to watch. Notre-Dame is a historical and religious landmark of Paris, of France and of Europe. All our thoughts and prayers are with the French people tonight.

The President of the Republic of Cyprus Nicos Anastasiades expressed his shock as well, noting in French that his sadness was profound seeing the destruction of one of the most important monuments of the European cultural heritage.