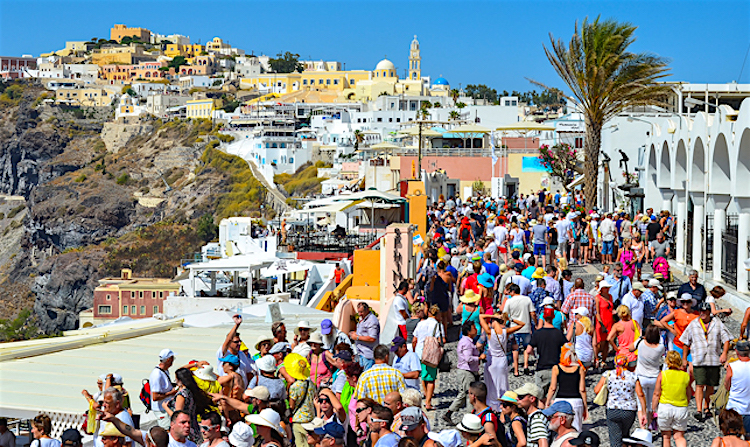 According to the final data revealed by the Bank of Greece on Wednesday, a total of 33,072,000 people visited Greece from January 1 to December 31, 2018.
According to the official data, the inbound tourist arrivals in Greece reflected an increase of 9.7 percent compared to 2017, when 30,161,000 people visited the country.
The revenue generated by tourists reached the figure of €16.086 billion, which is an increase of 10 percent over figures from 2017.
Nearly seven out of every ten euros of revenue were generated by EU citizens who visited Greece, representing €11,109 billion, which was an increase of 11.5 percent compared to the previous year.
The non-EU citizens who visited Greece generated €4,645 billion in revenues, which was more than 7.5 percent over revenues seen in the previous year.
The specific data for individual countries reveals, however, that politics and geopolitics continues to have a significant impact on tourism.
For example, during 2018, a year when Greek-Russian relations deteriorated significantly,  the revenues from Russian tourists in Greece were reduced by nearly a fifth in that one year. This was thought to be due to Russian anger over the Prespa Agreement and the religious confrontation between the Ecumenical Patriarchate of Constantinople and the Patriarchate of Moscow.
On the other hand, as Greek-American relations are seen to be warming significantly, US tourists who visited Greece in 2018 brought to the country revenues which showed an increase of 27.8 percent, reaching an impressive €1.040 billion.
Tourist operators expect that 2019 will be another very good year in terms of tourist arrivals and revenues for Greece, continuing an upward trend which began approximately five years ago.