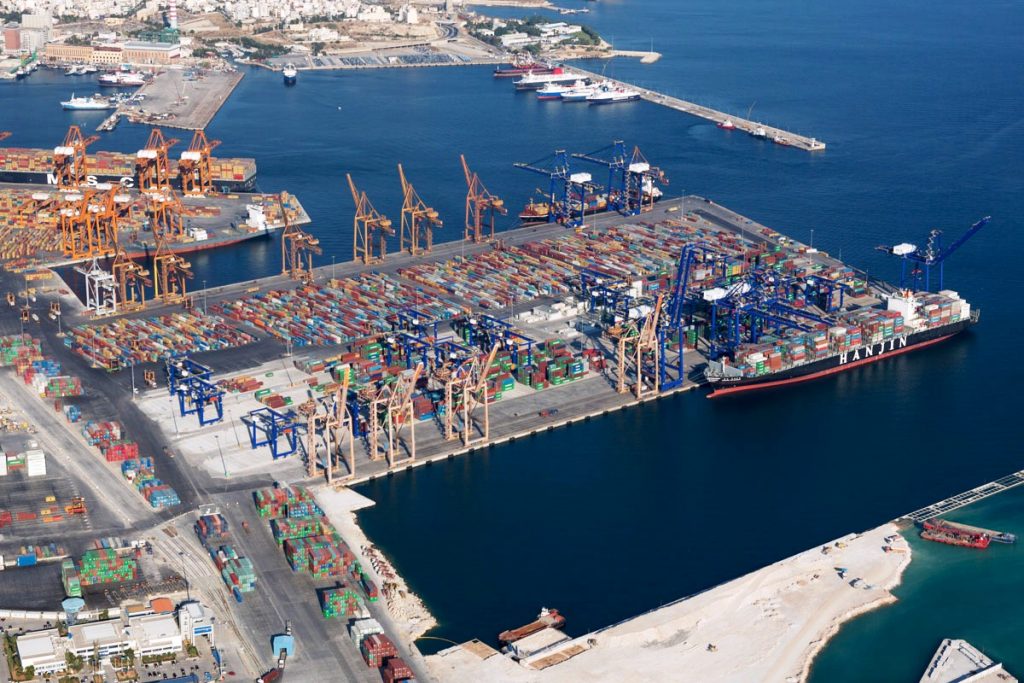 The decision recently taken by Greece’s Central Archaeological Council (KAS) to declare a large part of Piraeus a site of archaeological interest is putting up barriers on a 600-million-euro investment by China’s Cosco shipping giant.
The Chinese government has shown great concern about the decision, to the extent that the Chinese Ambassador to Greece, Zhang Qiyue, met with top Greek officials last Friday to discuss the issue.
KAS rejected the Piraeus Port Authority’s (OLP) plan to create a shopping mall, a floating ship repair dock and a luxury hotel because their construction and operation could affect antiquities in the area. The decision taken by the body to reject the plan was unanimous.
According to a Kathimerini newspaper report, the Chinese ambassador met with State Minister and Vice-President Alekos Flambouraris, Minister of Shipping Fotis Kouvelis, and Deputy Economy Minister Stergios Pitsiorlas about the Piraeus issue.
Ambassador Zhang also met with Deputy Minister of Culture Konstantinos Stratis, Secretary General of Ports Christos Lambrides, the CEO of the Piraeus Port Authority Captain Fu Chengqiu and Deputy CEO Angelos Karakostas at Maximos Mansion.
China is concerned that the KAS decision may put a stop to future investment, despite Greek government statements to the contrary. Environment and Energy Minister Giorgos Stathakis stated that the KAS decision will not block Cosco’s investment, but rather will set a legal framework within which the project can proceed.
The fact that the meeting took place at Maximos Mansion indicates that China is putting a great deal of pressure on the Greek government to greenlight the implementation of the project, without allowing any further obstacles to slow the process.
The Greek government has been ambiguous about investment. Although Prime Minister Alexis Tsipras and his finance minister have traveled abroad inviting foreign investors to invest in Greece, government agencies at home have been known to place obstacles to foreign investment.
A case in point would be the Ellinikon development project, which stalled after the Ministry of Culture characterized parts of the former Athens airport site as “being of archaeological interest.” And prior to that, the Forestry Authority had declared part of the area to be developed to be forest land — meaning no building permit could be granted.
Greek governmental rhetoric can also be ambiguous. On the one hand, officials speak about welcoming investment, but on the other hand, they present purely bureaucratic obstacles which halt investments for an indefinite period of time.
Another case is the Eldorado Gold Company. The Canadian mining company operated for several years in northern Greece and employed over 2,000 people; however, they were forced to suspend work in 2017 after the Environment and Energy Ministry did not grant a specific permit.
The only explanation for the Tsipras administration’s stance against such investments is that the prime minister is trying to please his leftist constituency by appearing to take the side of the people who oppose capitalism.
His rhetoric at home is very different from his statements while in Europe or the U.S. In Greece, he is the protector of the weak, of the people who have low incomes. Abroad, he speaks of investments, high primary surpluses and an economy that is about to take off.
Although the current cooperation between Greece and China is excellent, the Greek prime minister seems to be succumbing to the pressure of the European Union and the United States in Cosco’s Piraeus development matter.
Neither the U.S. nor the EU view China’s economic expansion into Europe favorably. China has made great economic inroads into Greece by buying its largest port, one of the busiest in Europe. By buying certain other Greek companies as well, China has created a substantial economic foothold in the country, and subsequently in the EU.
The European Commission has warned Greece and other member states to curb China’s economic expansion in the continent. While the EU tries to form a coherent policy to deal with China, Beijing has been actively forming relationships with individual EU countries, using its powerful state-owned companies to acquire strategic infrastructure companies in Europe.
Through its “Belt and Road” Initiative, China’s flagship trade project which aims to connect the world via infrastructure, the Asian giant is trying to create alliances with individual European countries to increase its presence in the continent.
There is also the U.S.-China trade war which President Donald Trump has declared. I believe it is certain that Greece’s Western ally is advising Maximos Mansion to not allow China to expand much further into the Greek infrastructure.