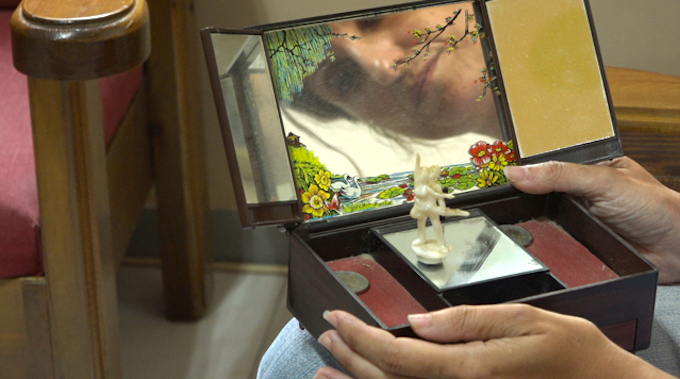 The Documentary Melan*cholia, written and directed by Ariadne Koutsaftis, has been officially added to the Greek Film Archive Foundation and can be viewed for the first time publicly today, April 6. The film was made to raise awareness about depression.
More specifically, the film tackles the subject of the economic crisis in Greece and its effect on the Greek people —which unsurprisingly includes an increase in clinical depression. The issue has been increasingly predominant in Greece during the recent years of the economic crisis.
While documenting the personal experiences of patients of all ages and social backgrounds who are grappling with the problem, the 52-minute film gives a tangible and definite form to the abstract, ancient notion of “Melancholia.” At the same time, doctors and nursing staff working in mental care facilities talk about their daily struggles as they take care of patients while they themselves try to cope with the crisis in their own lives.
The film’s Greek premiere, which took place on April 1 at the Amphitheatre of Dromokaitio Psychiatric Hospital, featured a musical performance and presentation by the nonprofit organization “Angels of Joy.”
Angeliki Voulgari, general manager of the organization, spoke on the importance of mental health in association with the film, and engaged the audience by having them take part in an Angels of Joy tradition which is designed to lift people’s spirits. The entire audience took part, holding their hands to their chest and forming “bubbles of love,” throwing them into the air to be shared by all, and adding a true, heartfelt warmth to the occasion. 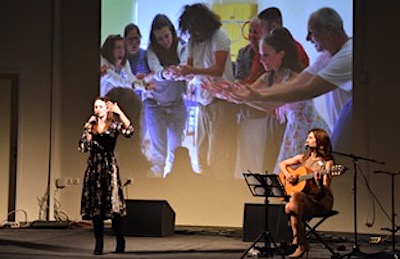 “Melan*cholia” is a co-production of Gamda International Film corporation and A&G Films Media Entertainment. The film was conceived by Gamda’s Greek-Canadian President and CEO George Politis, with text research by A&G’s Antigone Gavriatopoulou. The musical soundtrack was produced by Greek-Canadian composers Kostas Filippeos and Chris Phillips  of Odeon Records.
The documentary is in the Greek language and was produced with subtitles in English.
It was announced on March 27 that Melan*cholia has been nominated for a Hellenic Academy Award in the category of Short Documentary. The first public viewing of the film will take place at the Greek Film Archive Foundation on Saturday, April 6, at 5pm. There will be an open discussion after the film on the subject of depression led by Psychiatrist Dr. Vasili Fotopoulo and psychiatric nurse Irini Mitsaki.
Event Information:
Time & place: 5 PM at the Greek Film Archive Foundation
48, Iera Odos Str. & 134-136, Megalou Alexandrou Str.
Athens, Greece. Please use the Kerameikos METRO Station if you will be attending the event.