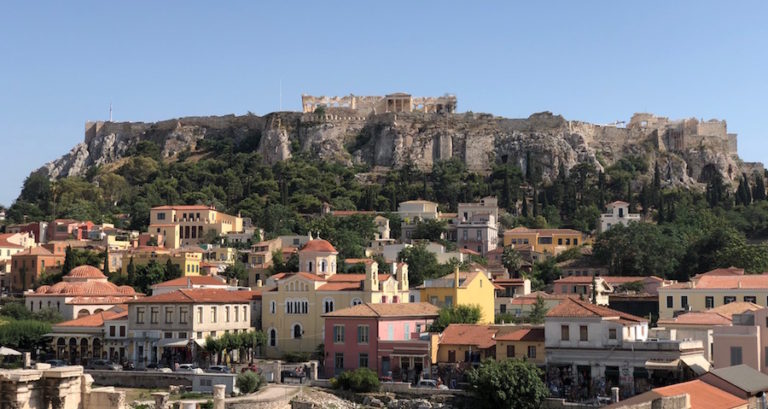 According to a PricewaterhouseCoopers (PwC) report published this week, Athens climbed to 14th place in Europe from the 29th spot it held in 2017 regarding property investment prospects.
The report was conducted by the London-based company for the well-known “Urban Land Institute.” It notes that Greece’s emergence from the financial crisis, the country’s access to money markets, and its growth rates are crucial factors which will help the property market boom.
After conducting an analysis on Greece, the report highlights the benefits and disadvantages of Greece having the Euro as its currency.
On one hand, the report explains, the Euro helps investors feel secure about their investments, as the common European currency offers stability to the economy. On the other hand, such a ”hard” currency has created obstacles to Greece’s efforts to find a ”new balance” in its economy.
The report mentions that investors believe that not only residential but office-related properties will see a boom in the coming period in Athens. There is a lack of modern spaces in the Athenian property sector, which is expected to bring more investment in the upcoming months and years.
PwC, the company which conducted the report, is the second-largest professional services firm in the world.