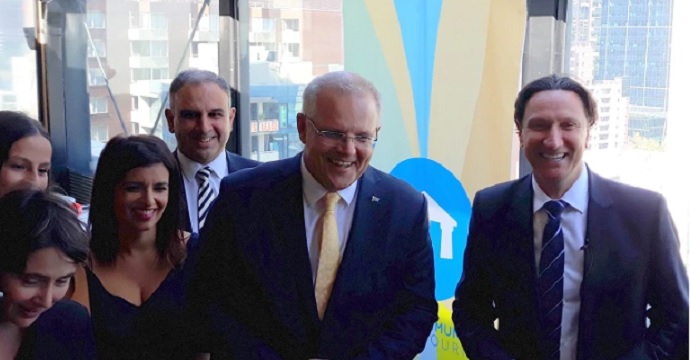 Australian Prime Minister Scott Morrison visited  the headquarters of the Greek Community of Melbourne on Thursday, where he hailed the contribution of Greek immigrants to the nation of Australia.

“It’s impossible to think about Melbourne without thinking about the Greek community. These two ideas are inseparable,” Morrison said.

Morrison praised the way the Greek community is organized in Melbourne. “It provides a model of how communities can become part of the nation.”

“People in the 50’s and 60’s would come and sleep here many, many, many years ago that has become the model and standard that I think all communities now seek to work to,” he added.

During his visit to “The Greek Centre for Contemporary Culture” the prime minister tasted Greek food and danced Greek traditional songs. 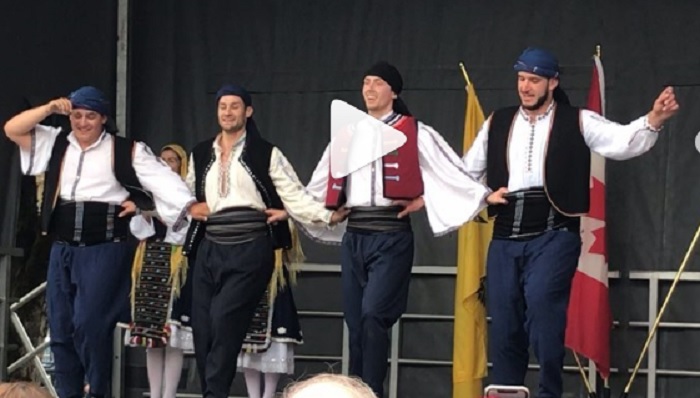 Earlier he held discussions with the Greek Community of Melbourne’s president Bill Papastergiadis and other representatives of the community.

Papastergiadis explained how the Greek Centre operated detailing the volume of activity that now comes through the
Centre resulting in 1400+ weekly visitors. He also spoke about the broad cultural and educational program noting the language campuses, adult classes, advanced Greek and Ancient Greek courses that the GCM ran at the Centre.

He once again thanked the Government for the seed funding it had provided for the Centre ($2million) at the time of the buildings construction.

Papastergiaidis also referred to important issues that affected the whole of the general Greek Community including the matters of pensions and transportability, program for newly arriving Greeks, additional funding for Greek education programs and other matters affecting the broader Greek community in Australia.

During the conversation, the Prime Minister shared a personal insight about tennis star Tsitsipas and his recent on-court heroics at the Australian Open- saying “I hear Tsitsipas is a great friend of yours. How do we make him an Australian citizen because I love the way he carries himself on the court and off the court.”

The Prime Minister was joined by David Coleman, Australian Minister for Immigration, Citizenship and Multicultural Affairs.

14/03/2019, 14:30. Prime minister of Australia, the Hon Scott Morrison at the Greek Community Center. The Prime Minister was joined by the Hon David Coleman, Minister for Immigration, Citizenship and Multicultural Affairs in the Morrison Government.Fresh is always there, capturing the moment…