Olivia Coleman has been named Best Actress at the 2019 Oscars for her portrayal of Queen Anne in Yorgos Lanthimos’ film “The Favourite”.

The win saw the film end its losing streak at the 91st Academy Awards after missing out on a host of other awards.

Coleman, clearly emotional and in shock after hearing her name called out, claimed that “It’s genuinely quite stressful,” before joking: “This is hilarious, I’ve got an Oscar. I have to thank lots of people and if I forget anybody I’ll find you later and give you a massive snog.” 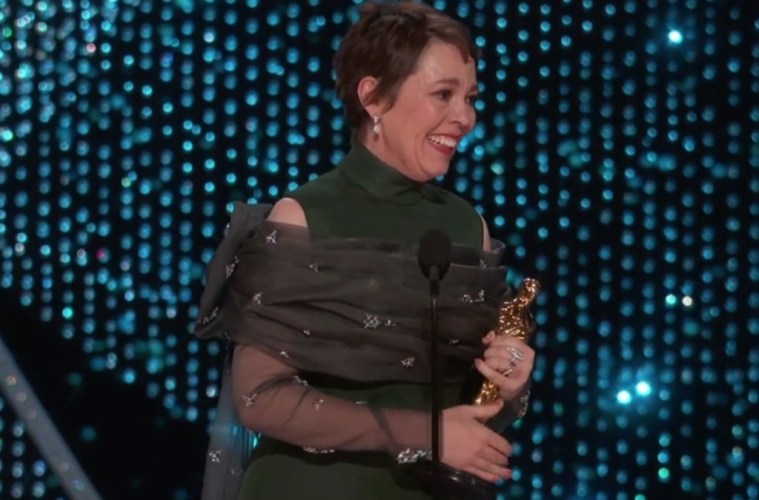 She added “Yorgos, my best director and my best film, and Emma and Rachel, the two best women in the world to fall in love with – you can imagine it wasn’t a hardship. To be in this category, and these extraordinary women and Glenn Close, you are my idol and this is not how I wanted it to be.

“I love you all, she continued. “Lindy King, my agent who took me on 20 years ago – thank you so much. My mum and my dad and my kids who are at home and watching, well, if you’re not then well done, but I sort of hope you are. This is not going to happen again” she continued.

“Any little girl who’s practising their speech on the telly – you never know! I used to work as a cleaner!” the Oscar winner declared.

Her speech was honest, hilarious and heartwarming. Thanking her co-stars Emma Stone, Rachel Weisz and director Lanthimos, Coleman blew a raspberry to production staff who tried to cut her stage time short.