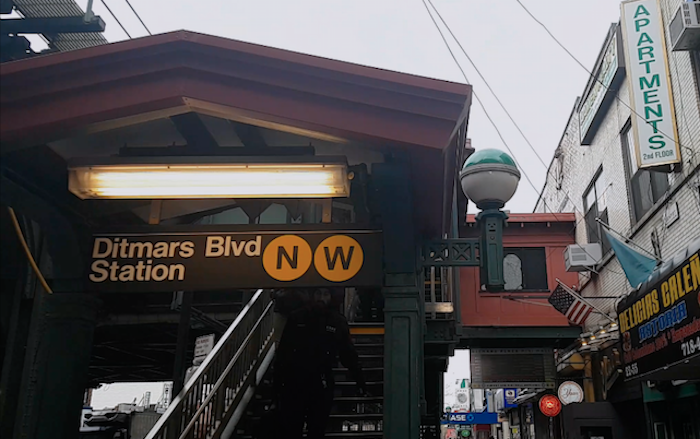 Located in the northwestern corner of the New York City borough of Queens, Astoria was the place to be for Greeks who moved from their homeland to the United States around the turn of the last century.

Of course, the city of that time was nothing like the densely-populated Astoria you will find today. Back then, Greeks found themselves at home in Queens, as much of the borough was made up of farms and grew into what reminded many residents of a European cityscape.

“The Greek community in 1955 was living in Manhattan. From 1960 we started moving to Astoria. We liked it because there were not very high buildings. We felt like we were in Europe — in Greece,” Vasilios Gkatzonis, the owner of Akropolis meat market in Astoria, told the Greek Reporter.

However, with time, things changed. Recent changes to building codes and zoning means that higher buildings and larger businesses have been slowly encroaching and invading this quintessential Greek city. “Over here, the buildings were all these little houses,” Gkatzonis told the Greek Reporter, pointing to new high-rise buildings.

“And when they changed the zon(ing) to build up higher, all the contractors… make apartment buildings because Manhattan is very expensive,” explained Gkatzonis. “So, everybody moves because Astoria is the closest place to Manhattan. In fifteen minutes you are in the center of Manhattan.”

The ultimate effect of this has been higher rents and property prices for the local community.

So, given the new high-rise apartment buildings and big box stores moving into the area, just how Greek is this quintessential Greektown these days?

Charalambros Kartsargoulis, the owner of Elliniki Agora in Astoria, explained “Astoria was mostly European people here. But after they came from Mexico, Ecuador, Indian, and after Arabs, Turkish.”

In fact, the Greek diaspora of New York City has recently caught the attention of The Endangered Language Alliance (ELA). Greek is one of more than 800 languages spoken in New York City, which is considered to be one of the most culturally diverse cities in the world, the organization says.

According to a map published in the book Nonstop Metropolis: A New York City Atlas, created by Molly Roy with help from the Endangered Language Alliance (ELA), general Greek and Cretan dialects dominate the neighborhood of Astoria. However, is it only a matter of time before rising rents and new high-rise apartment buildings and corporations take over this little piece of Greek heaven in the New World?

This question was on the minds of locals as Amazon was recently thinking of building a new headquarters in the area. When asked about the possibility, Spiros Stathakis, owner of Spiros Hairstyles, told the Greek Reporter: “Well, I’ll tell you one thing — (it will mean) a lot of traffic… if they decide to hire over 20,000 people.”

He added, “which is really bad as it is… (But) I like it, you know the changes. Because it brings more business to the neighborhood. At the same time, it’s sad to see the local neighborhood changing.”

However, as Gkatzonis pointed out when asked that same question, “It will help (the neighborhood). Even if you employ 20-25,000 people, they all buy a cup of coffee, it’s 25,000 cups of coffee.”

Let’s just hope that, whoever the off is served to in the future, that it’s Greek coffee being served. And that this cultural icon of a Greektown in the United States remains to teach future generations about their priceless Greek heritage.