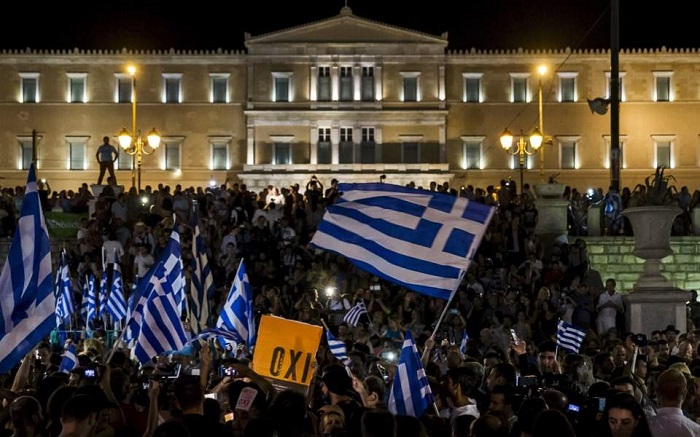 Greece is among three countries where the support for authoritarian populist parties is strongest, according to the Timbro Authoritarian Populism Index published recently.
The Index is an initiative put forth by the Swedish think tank Timbro. According to its mission statement, its aim is to promote ideas and political reforms in support of market economy, free entrepreneurship, individual freedom and an open society.
The report which looks at the rise of rightist and leftist populism in Europe says that Hungary and Italy are the other two countries where populist parties are the strongest.
It says that in recent years, populist voter support has been “turned into unprecedented levels of political power and influence.”
Today, it adds, “populist parties are part of every third European government. Four member states of the EU – Poland, Hungary, Italy, and Greece – have governments solely formed by populist parties.”
According to the Index, 26.8 percent of voters in Europe – more than one in four – cast their vote for an authoritarian populist party last time they voted in a national election.
The report notes that the financial crisis meant a turn for radical left-wing parties. Their support almost doubled between 2009 and 2014.
The increase was driven mainly by the exceptional successes of left-wing populist parties in Greece, Italy and Spain, but left-wing radicals have also been successful in countries such as Denmark, Belgium, Ireland, Romania and Croatia. After 2015, however, their upward trajectory seems to have flattened out.
It adds that that during 2018 there have been parliamentary elections in six European countries; populist parties made gains in every single one.
The average voter support for populist parties in these countries was 36.2 percent, an increase of 8.5 percentage points since the last elections four and five years ago.
You can view the full report from the Timbro Authoritarian Populism Index here.