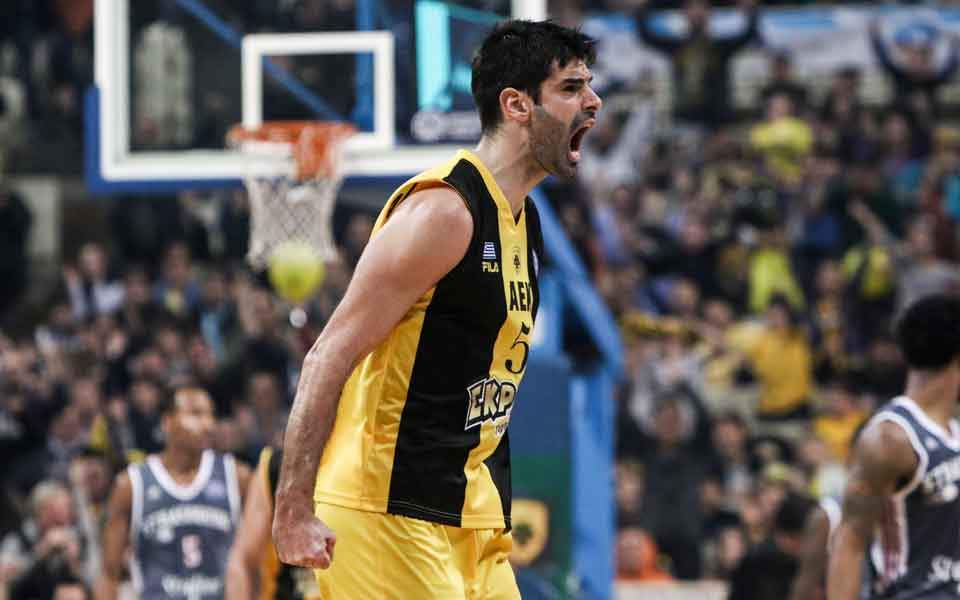 This Sunday is a day of great anticipation for AEK and the team’s fans, as they bid to become the third Greek club to win FIBA’s Intercontinental Cup.
Following their victory in the tournament’s first semifinal on Friday in Rio de Janeiro against San Lorenzo from Argentina in an 86-64 match, AEK will now face the winner of the second semifinal between the Austin Spurs and Flamengo.
During Friday’s match, AEK proved their worthiness as a top contender once again as the team fought for the lead, which they maintained from the seventh minute until the game ended.
By half-time, AEK had secured a 19-point advantage. The second half of the game went just as well for the Greek club, top scorers Delroy James and Dusan Sakota completed the game with 15 points each.
AEK is the only remaining Euroleague club in the tournament at this time and they hope to become the third Greek club to win the Intercontinental Cup. Past winners include Panathinaikos in 1996, and, more recently, Olympiakos in 2013.
The 2019 edition of the FIBA Intercontinental Cup participants include AEK (Also the winner of FIBA Europe’s Champions League) San Lorenzo as the FIBA Americas League champion, Austin Spurs as the winner of the NBA G League, and host club Flamengo.