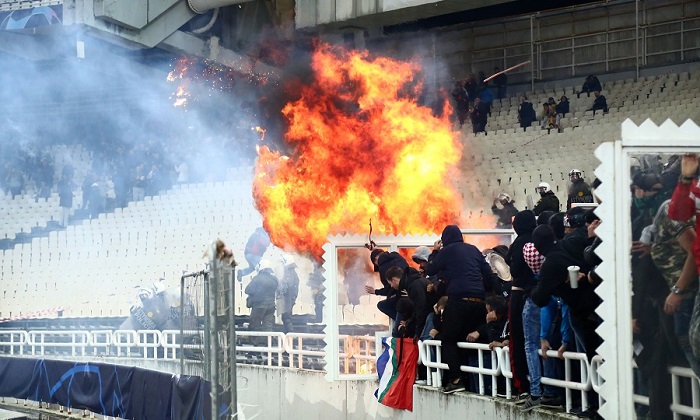 AEK’s miserable Champions League campaign disintegrated into utter chaos in the Athens Olympic Stadium on Tuesday as hooligans clashed with police during the 2-0 defeat to Ajax.
The visiting fans came under attack as home supporters threw flares into the stands. Social media footage also appeared to show a home fan throwing a Molotov cocktail – an improvised petrol bomb – towards Ajax supporters.

A man left the stands of the AEK fans to throw fireworks into the Ajax stand. pic.twitter.com/WnaoQn5rH9

Photographs showed a handful of Ajax fans had blood pouring down their faces after they were hit by riot police. The authorities were attempting to separate the two groups of supporters at the Olympic Stadium. 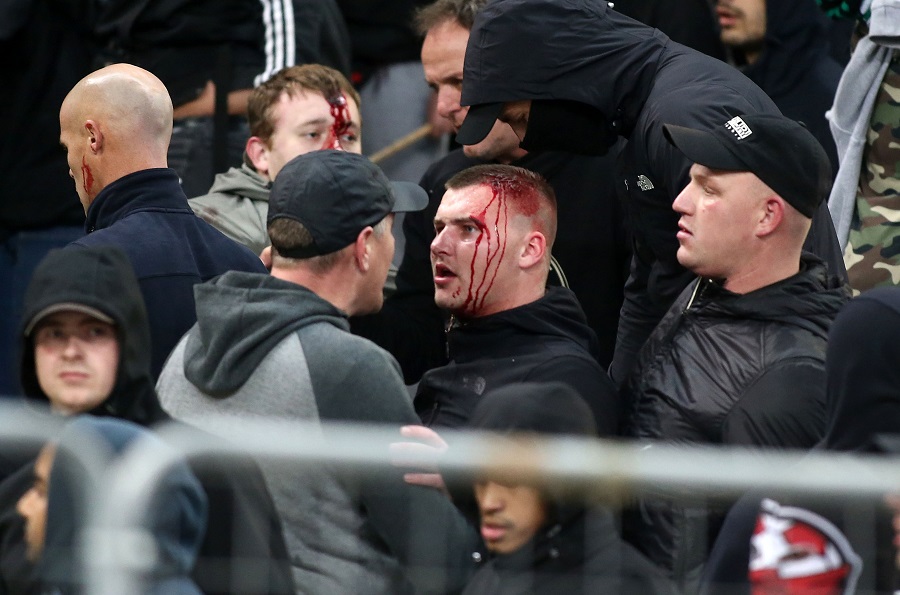 Dusan Tadic scored twice in the second half Tuesday to take Ajax to the last 16 in the Champions League for the first time in the last twelve years. The final score was 2-0, over an AEK Athens team of only ten men. Athens suffered their fifth straight loss in the league competition.
The Serb defender scored from the penalty spot in the 68th minute after Marko Livaja received a second yellow card for handling the ball. Tadic struck again four minutes later, tapping in an unselfish pass from substitute Klaas Jan Huntelaar.