Macedonia and the Practice of Democracy in Greece 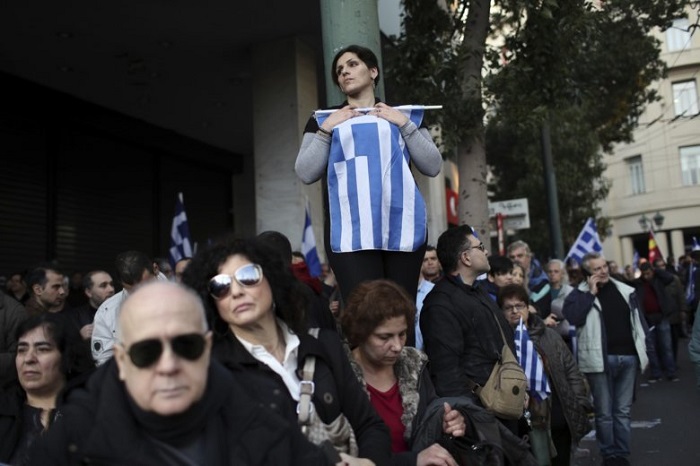 My deepest respect goes to the Greek people who expressed their determination last Sunday to stand up against heinous political decisions. Tens of thousands of Greeks took part in the Syntagma Square demonstration, the largest such protest ever held in Greece.
Constitutional changes in any country demand the overwhelming support of the electorate and must be legitimized by a referendum; they should never be decided by politicians, who after all are only elected for a short period of time.
In truth, living in a democracy does not mean that citizens must always support governmental decisions; conversely, they are obligated to question and oppose bad decisions whenever necessary. Bringing down a government which no longer represents the wishes of the people, in essence, is what true democracy is all about!
Abandoning the name of Macedonia, which is enshrined in the Greek Constitution and Greek heritage, is one of those unjust governmental decisions, and it has outraged the Hellenic nation as well as Greeks in the worldwide diaspora.
In retaliation, the Greek people have taken to the streets to oppose a failed government which now seems to govern under a kind of elected dictatorship, and in the interest of third parties such as the E.U. and NATO.
Thousands of citizens, including women and children, rallied to resist the betrayal of trust by the Tsipras government which refuses to respect the wishes of the people. In reply, the authorities used tear gas, truncheons and chemicals in their attempt to disperse the crowds.
If the parliament so decides to approve the Tsipras bill by this Friday, abandoning the ancient Hellenic name of Macedonia, the rage of the people will undoubtedly flare up again. But this time, perhaps with unpredictable consequences — which could include peace and stability for the future.
The outcome of this national betrayal by a failed government remains to be seen.
Andreas C. Chrysafis is a UK-published author of over 400 press articles and six books. He is an advocate of democracy, transparency, equality and human rights.
www.facebook.com/ACChrysafisAuthor
www.facebook.com/ACChrysafisArtGallery