Greek PhD Graduates on the Decline 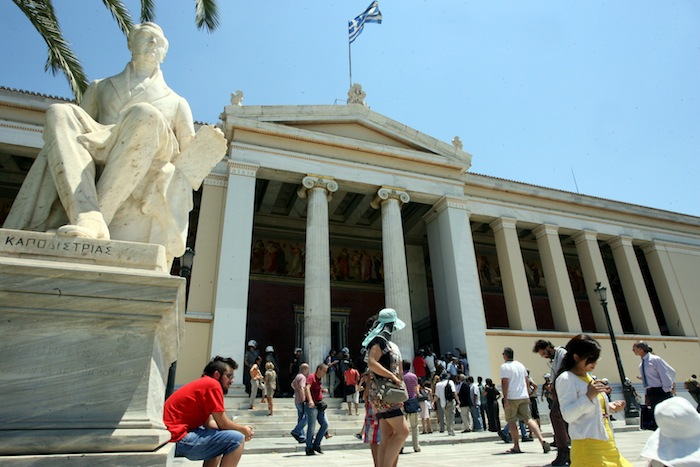 According to data published by Greece’s National Documentation Center on Friday, the number of PhDs issued by Greek universities has slightly declined compared to previous years.
In 2017, 1,647 people became holders of a Ph.D. in Greece, in 2016, 1,702 and in 2015, 1,810.
The three-year tendency of decline is not massive but it means that either Greek universities offer fewer programs or students chose universities abroad to study for their doctoral degrees.
In 2017, 27.7 percent of the total Ph.D. titles were issued by the National and Kapodistrian University of Athens and 18.2 by the Aristotle University of Thessaloniki.
In 2017 52.2 percent of men were awarded a Ph.D. in Greece and 47.8 percent for women.
Most of the titles regarded disciplines such as medicine, physics, and social sciences.
20.6 percent of the new Ph.D. holders needed five years to complete their studies, with 11.4 percent having to spend 10 or more years studying to obtain their title.
Greece has over 20 universities spread across the country.

The investigating magistrate and the prosecutor ruled that former National Theater director and actor Dimitris Lignadis should be further detained until trial.
Greece