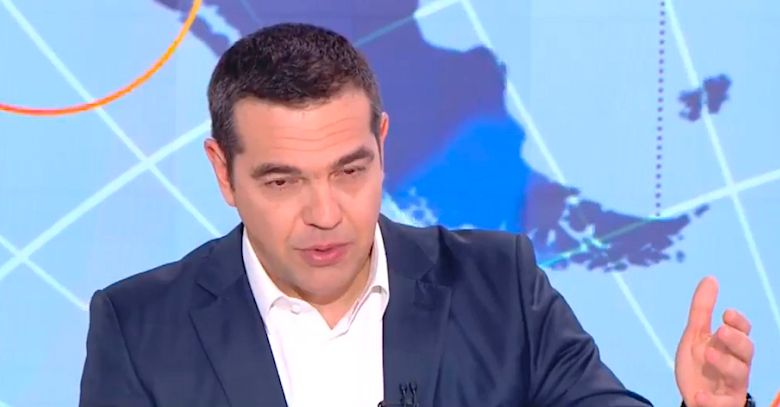 Greek Prime Minister Alexis Tsipras vowed on Wednesday that if SYRIZA’s coalition partner Independent Greeks (ANEL) leave the government over the Prespa agreement, he would seek a confidence vote in Parliament. SYRIZA would then need the support of 151 lawmakers to survive.
In an interview with the Open TV channel, Tsipras he tried to downplay the rumors that the Greek government is heading toward an unavoidable breakup. The SYRIZA leader stated that Panos Kammenos, the leader of ANEL who also serves as defense minister, would not “facilitate the plans of our political opponents.”
The Greek P.M. stressed however, that if Kammenos’ party withdraws would then then seek a vote of confidence in Parliament.
“Even if you haven’t got 151 lawmakers, you have no problem by the Constitution in carrying on,” Tsipras said. He added, however, that he would have a “political problem.”
“In such an eventuality, I will proceed in due time with snap elections, whose timing will depend on the crucial initiatives we have said we will implement. But I’m saying that there is no such thing as an impasse in democracy. I believe I will secure a confidence vote,” Tsipras declared.
The P.M. further stated that should the FYROM parliament ratify the Prespa Agreement and Greece not do so, the country’s international image will be significantly tarnished.
Asked about the date on which the Agreement will come before the Greek parliament for ratification, Tsipras replied that he will start the process immediately after the FYROM parliament has voted. He estimated that the Greek parliament will most certainly have voted by the end of January.