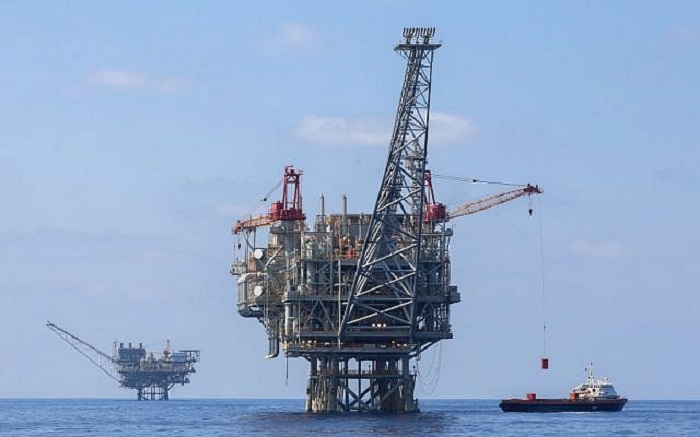 Greece, Italy, and Cyprus have reached an agreement with Israel to lay a pipeline connecting the Jewish state’s gas reserves to the three countries, a report in the Times of Israel says.
The paper says that the East Med Pipeline Project is to start about 170 kilometers (105 miles) off Cyprus’s southern coast and stretch for 2,200 kilometers (1,350 miles) to reach Otranto, Italy, via Crete and the Greek mainland.
Work on the project will cost over $7 billion, is expected to begin within a few months, and to conclude within five years, Hadashot TV reported.
The pipeline will have the capacity to carry up to 20 billion cubic meters (706 billion cubic feet) of gas yearly. Europe’s gas import needs are projected to increase by 100 billion cubic meters (3.5 billion cubic feet) annually by 2030.
Greece’s Prime Minister Alexis Tsipras has called the project “emblematic” of the cooperation between the three countries and said that with cooperation, the Mediterranean would become “a sea of peace”.
Dana Weiss, chief political analyst and anchor at News Channel IL, Israel’s leading news company says it will be the longest and deepest underwater gas pipeline in the world.

Exclusive: Israel has signed an agreement between four countries to supply Europe with natural gas. The agreement signed by Israel, Greece, Italy and Cyprus, will create an underwater pipeline that runs 2,000km & will be the deepest and longest underwater pipeline in the world pic.twitter.com/wDbcOcgpYJ