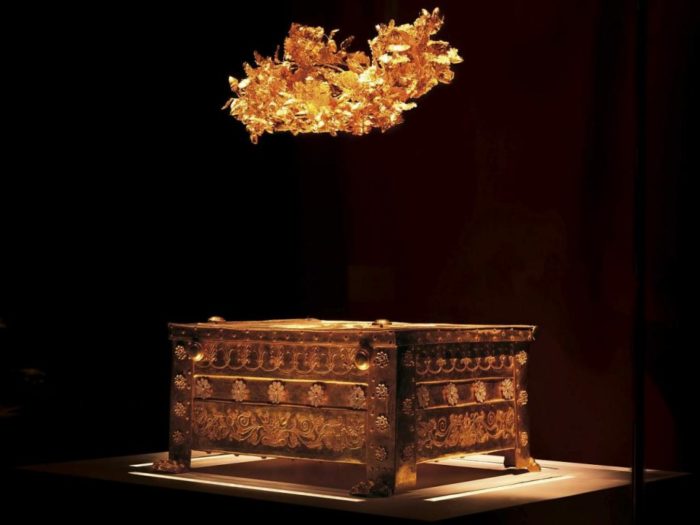 Scientists from Aristotle University of Thessaloniki will re-examine the bones that were discovered in the in Aigai royal tombs in Vergina, Macedonia, after the approval of a new contract between the University, the Regional Authorities of Central Macedonia and the Greek Ministry of Culture.
According to what Chrysoula Palliadeli, the scientific manager of the project, told Greece’s Kathimerini daily, the scientists have evidence that increases the possibility of Philip II being the man whose body was discovered in the royal tombs.
The tombs and the surrounding area have been excavated by archaeologists and scientists since 1938, and the experts publish their findings on a yearly basis during their annual conference.
During the last few years the available funds for scientific research in the area have been drastically reduced, a problem that the new contract tries to tackle, with new funds now being made available for the archaeologists.