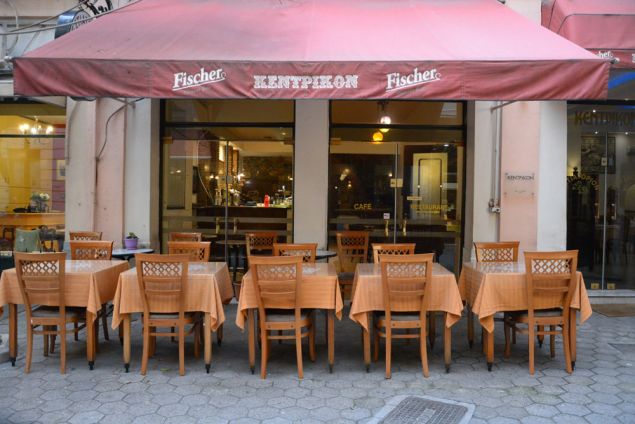 One of the most historic eateries in central Athens has served its last meal. Kentrikon Restaurant, which earned a reputation for serving quality, home-style meals to a clientele of famous musicians, actors, and politicians, has shut its doors after 53 years in operation.
As reported by the iefimerida.gr news portal, the restaurant closed for the summer and never reopened. In an alleyway adjacent to Kolokotroni Street, across from the Old Parliament building, Kentrikon had, over the years, served personalities such as Mikis Theodorakis, Manos Hadjidakis, Stelios Kazantzidis, Marinella, Grigoris Bithikotsis, Andreas Papandreou, Dimitris Horn, and many others.
Kentrikon had earned a reputation for serving food of excellent quality, specializing in traditional Greek and Mediterranean dishes with fresh ingredients at reasonable prices. It was known as a warm and cozy establishment where people would go for a meal and end up staying for hours. Located near Syntagma Square and several theaters, it was known as a favored meeting place for the Athenian elite, but also for anyone who wanted a good meal.
Kentrikon began its operations in 1935, initially as a coffee shop named “Lefkes” owned by Nikos Nano and located in the Kolokotroni arcade opposite the Kentrikon Theater. For the duration of the German occupation of Greece during World War II, Nazi forces converted the gallery into a garage. After the liberation of Greece, Nano’s wife began to prepare meatballs and other snacks, attracting nearby workers.
In 1963, Nano’s daughter married Dimitris Koutouzis, a waiter at King George Hotel. Koutzouzis became Kentrikon’s owner and cook, and in 1965, he turned Kentrikon into a small restaurant. Kentrikon soon began to attract tourists due to its central location.
At the time, the headquarters of the RCA-Victor record label were located next to the Kentrikon Theater. Accordingly, the Kolokotroni arcade became a meeting place for cultural figures as artistic events in Athens began to flourish. Musicians, actors and other artists who were rehearsing in the area became regular patrons of the restaurant, with Kentrikon increasingly becoming known as one of central Athens’ cultural hubs. 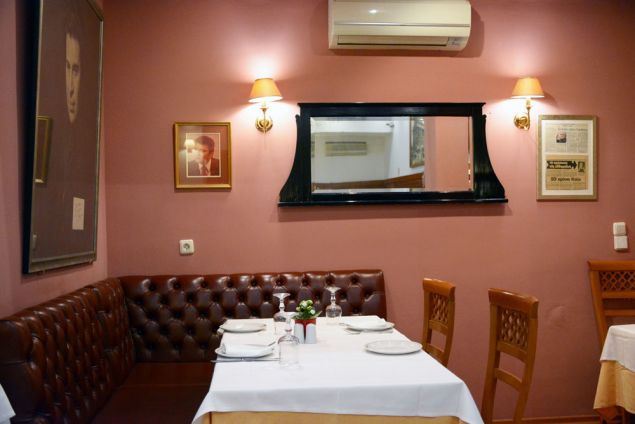 Such activity slowed during the 1967-1974 dictatorship. In 1971, the restaurant moved to the opposite side of the gallery, where it remained until recently. During the Polytechnic students’ uprising in 1973, a military vehicle that had parked in front of the arcade fired warning shots that marked the restaurant’s wall.
After the collapse of the military regime in 1974, Kentrikon became a favored hangout for journalists and intellectuals, due to the fact that the offices of two popular newspapers were within 100 meters of the restaurant.
In the early 1980s, then-prime minister Andreas Papandreou became a regular patron of the restaurant, along with actress and then-culture minister Melina Merkouri and several other ministers and MPs of the ruling PASOK party. It was written at the time that Papandreou always headed straight to the kitchen upon entering the establishment, to choose his meal. The restaurant’s menu boasted 150 dishes.
In 1998 Dimitris Koutouzis’ son, Nikos Koutouzis, took over operations, continuing his family’s tradition. His famous customers — musicians, politicians, intellectuals — remained loyal, along with a growing list of visitors to Athens who had discovered Kentrikon.
However, the economic crisis that broke out in 2010 affected Kosmikon much like many other businesses and eateries. The neighborhood changed character, and longtime establishments shut down and were replaced by fast-food eateries and small coffee shops mainly catering to tourists. The historic restaurant that had enjoyed so many years of glory faded into the annals of Athenian history.