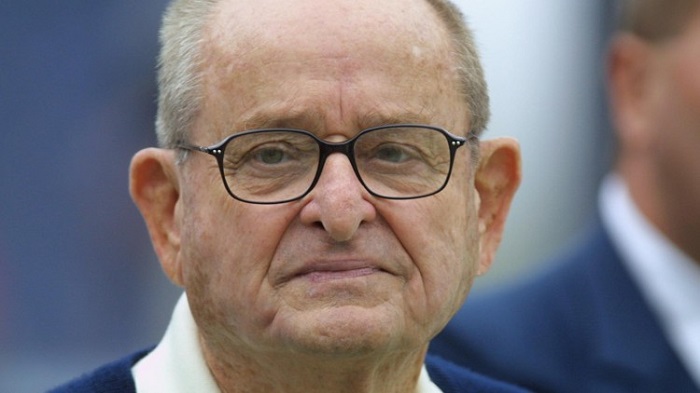 Los Angeles Chargers owner Alex Spanos, who has owned a majority stake in the National Football League franchise since 1984, died Tuesday morning. He was 95.

“From humble beginnings to becoming the top apartment builder across the nation and the owner of an NFL franchise, Alex proved that dreams do come true,” the Spanos family said in a statement.

“We have no words that can adequately express our sadness with his passing,” the Chargers said in a statement. “We will continue to honor his legacy by dedicating ourselves to making a difference in the community and throughout our country.”

Spanos, the son of Greek immigrants, Constantino and Evanthia Spanos was born in Sept. 28, 1923 in Stockton, California. When he was 8 he began working in his father’s bakery before and after school. He became a billionaire, flourishing in construction and real estate.

Spanos’ wife of 70 years, Faye Spanos, died in August at 92. He is survived by his four children, Dean, Dea Spanos Berberian, Alexis Spanos Ruhl and Michael; 15 grandchildren; and 12 great-grandchildren.