City Under a City: Metro Reveals Thessaloniki's Ancient Past (video) 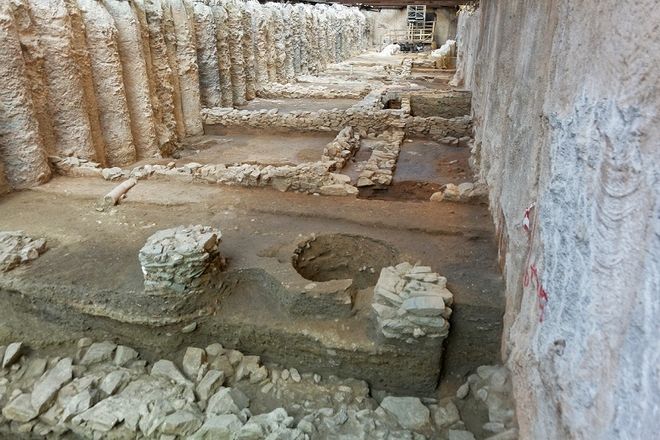 The metro construction in Greece’s Thessaloniki has brought ancient ruins from the city’s life back in the 4th century BC to the surface.
The excavation has brought to light Thessaloniki’s central 6th-century highway, a marble plaza, a fountain and a headless statue of Aphrodite.
Thousands of ancient finds such as coins, mosaics and statues have also been uncovered.


“Thessaloniki is unique in that from its foundation in the 4th century BC until today there is city under a city,” Tania Protopsalti, an archaeologist told Greek Reporter.
The city of Thessaloniki was founded in 315 BC by Cassander of Macedon. An important metropolis by the Roman period, Thessaloniki was the second largest and wealthiest city of the Byzantine Empire. It was conquered by the Ottomans in 1430, and passed from the Ottoman Empire to Greece on Nov. 8, 1912.
Most of the findings relate to the Byzantine era. However, Protopsalti says that, as excavations continue, new findings from the Roman era come to the surface.
“Eventually we hope to reach the remnants of the city when it was founded in the Cassander-era,” the Greek archaeologist said.
She added that some wall paintings and small sections of floor mosaics from the 4th century BC have already been uncovered.

The excavations, filling in gaps in the city’s long history for archaeologists, have focused on the site of Hagia Sophia where a central metro station is being built.
It was there where a central 6th-century highway and marble plaza, two of the most exciting finds, were uncovered.
“The discovery of the marble plaza located south of the central highway gave us an invaluable insight into the urban planning in the 6th century,” archaeologist Stavroula Tzevreni told Greek Reporter.
The marbles have been carefully removed to be reinstated when the metro works are completed at Hagia Sophia.
The square was surrounded by impressive buildings decorated by mosaics that remain in good condition. 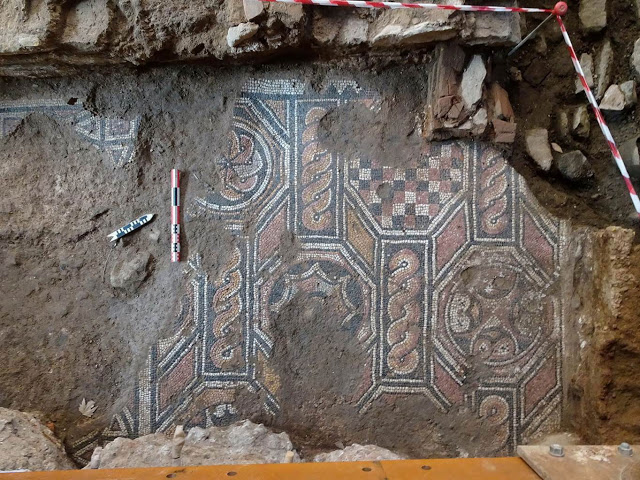 They were found in the south entrance of the station Hagia Sophia and are believed to be part of a nearly 315 square meter urban villa dated to the first half of the 4th century AD to the 5th century AD. 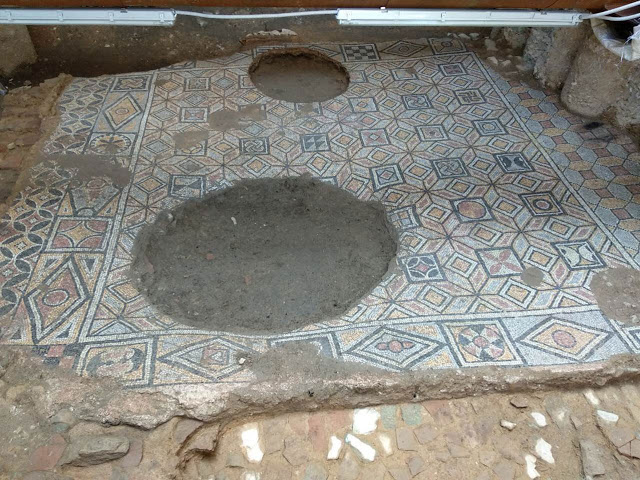 Decoration of the mosaic floors consists of geometric patterns, while one includes a central medallion, possibly depicting Aphrodite.
The mosaics will be extracted, cleaned and exhibited at the same station they were excavated in.
At the southeast end of the square archaeologists found a 15-metre (nearly 50-foot) fountain structure believed to be one of the largest in the Roman world.
Alongside the stone-paved highway, the Decumanus Maximus, the remains of mud-bricked workshops were uncovered where jewellers plied their trade — as they still do today, in blocks of flats above the subway dig. 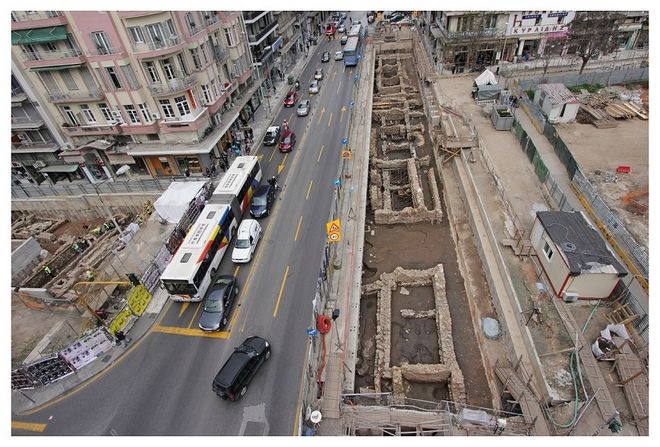 Scheduled to be operational in late 2020, the €1.5-billion ($1.7 billion) Thessaloniki metro will at first have 13 stations and run a distance of 9.6 kilometres (six miles).
A future expansion is planned to include the city airport.