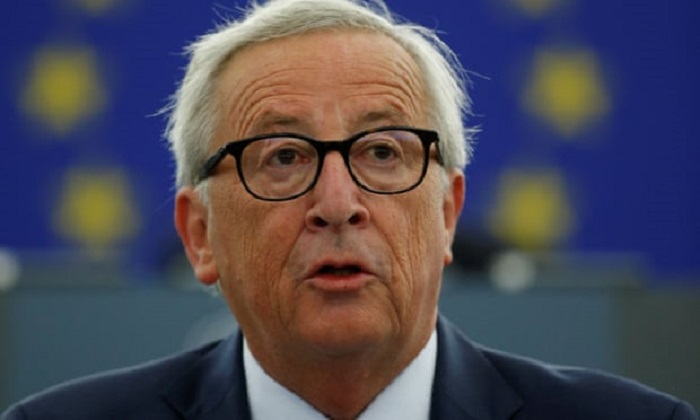 European Commission President Jean-Claude Juncker has praised Greece’s “Herculean efforts” during his annual state of the union address to the European Parliament on Wednesday.
Juncker stated that Greece has succeeded in concluding the stability program and can stand on its own feet again. “We must hail the Greek people’s Herculean efforts; efforts that some Europeans still continue to underestimate,” he said.
“I always supported Greece — its dignity and its role in Europe, and specifically its remaining in the eurozone. I am proud of all these things,” he added.
Juncker also revealed that the EU plans to send 10,000 more border guards to tackle unlawful immigration into Greece by 2020.
Furthermore, Juncker criticised the apparent surge in nationalism and populism that has been gathering pace among some member states. “We should embrace the kind of patriotism that is used for good, and never against others,” he said.
“We should reject the kind of exaggerated nationalism that projects hate and destroys all in its path. The kind of nationalism that points the finger at others instead of searching for ways to better live together.”

Patch of Virtual “Land” Has Been Sold for $2.4 Million in Cryptocurrency