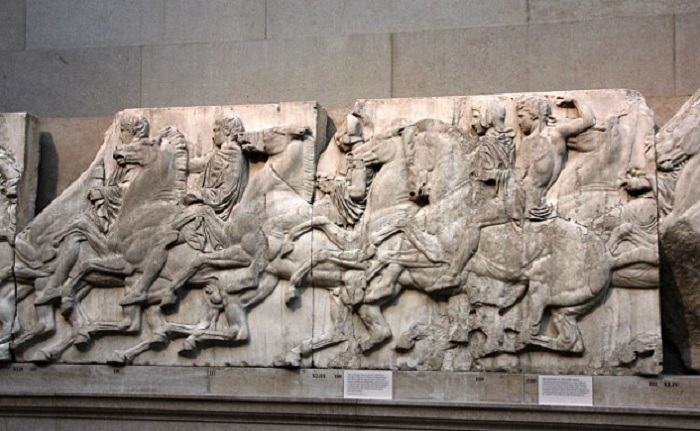 British historian Nigel Konstam has published a booklet arguing that many of the works stolen from the Parthenon by Lord Elgin in the 1800s are in fact Roman reproductions of the Greek originals.

His theory is based on the recent discovery of a chimney near the Parthenon used by the great 5th century sculptor Phidias to cast his giant bronzes.

Konstam suggests that the originals had been eroded by acid rain caused by chimney effluent.

He argues that the Roman statues were carved differently and look much cleaner than the Greek ones, which were etched with fragile iron and bronze tools, causing bruising and microcracks which allowed the smoke to penetrate deeper.

Lord Bruce a descender of Lord Elgin is not convinced. Speaking to the British tabloid he said he can’t believe here was that much pollution caused by the chimney.

“His theory is at least not as ridiculous as one currently doing the rounds that the Parthenon was a burial ground for young maidens,” he added.