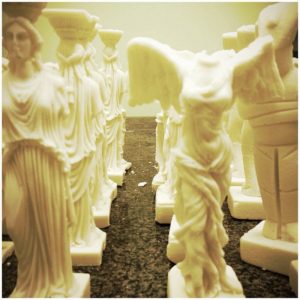 Have you ever thought about eating a famous piece of art? How about a delicious Picasso or a tasty sculpture from Michelangelo?
George Avgeros, an executive pastry chef, also known as the Magician of Chocolate may offer you the chance to try it.
Creations of chocolate such as Guernica by Pablo Picasso, Nike of Samothrace and countless more sculptures of the Renaissance are just a few of the amazingly chocolate creations that were made to impress not only your taste buds, but your sight, smell, touch and sound, as well. 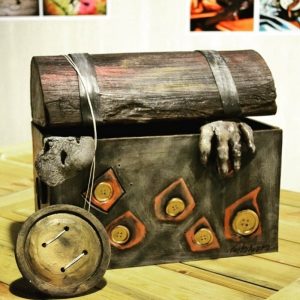 George Avgeros was keen on ceramic and woodcraft but soon understood that his passion was not to create objects of art but rather tastes of it. That was the reason why he left his hometown of Kalampaka in Thessaly to go to Thessaloniki to study pastry making so that he could combine his love for art with his passion for chocolate. Since then, he has taken part in many competitions for creative pastry, has won several prizes and has become well known quite quickly, not only in Greece but all over Europe. 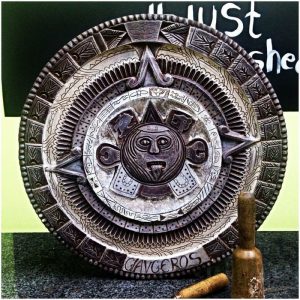 George’s inspiration has been derived from nature and everyday life as well as from famous artifacts, with Pablo Picasso’s work being one of his favorites. He admits that people find it difficult to eat his creations as they think that they’re made of wood and marble but as soon as they try, they love them.

When asked if he would like to go abroad to work he says that Greece has so much more to offer and that’s why he prefers to stay in his country to try to give as much of his potential as he can, since the field of Gastronomy has seen massive progress over the last few years.