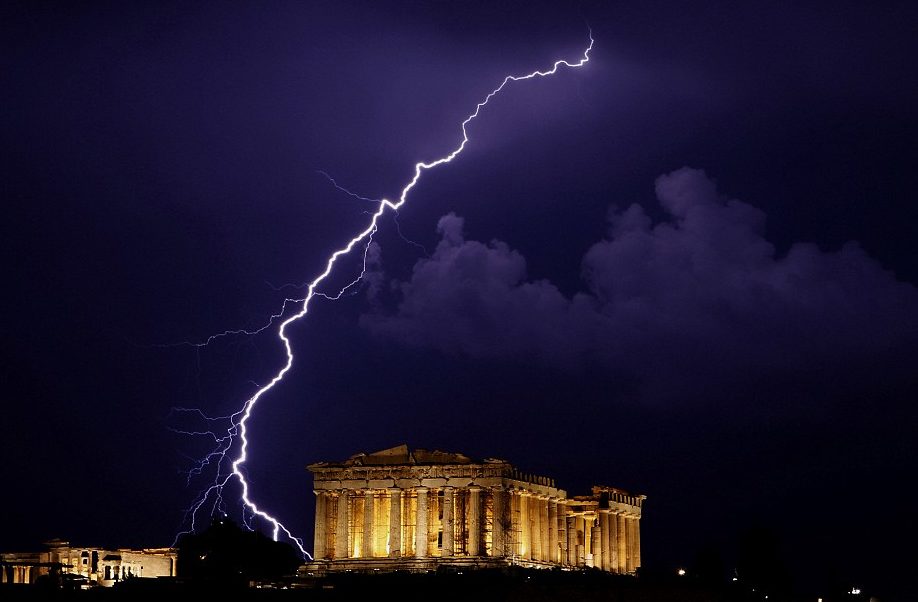 Nearly 103,000 thunderbolts, the highest number in the last 14 years, occurred in Greece in July, the Athens National Observatory’s Meteo Service said on Monday.
The high activity of electric phenomena, mostly lightning, in over the summer was recorded by the Zeus system.
Currently, July 2018 holds the record in thunderbolt occurrence (102,944), followed by July 2009 (83,373).
According to the data, some years have extremely low electric activity, such as 2007, when Greece was under the influence of high barometric pressure and heatwaves from Africa that brought very high temperatures and drought.
In the last two years, a large amount of lightning was recorded at sea in July, as the atmospheric conditions were substantially different than usual.
(Source: AMNA)