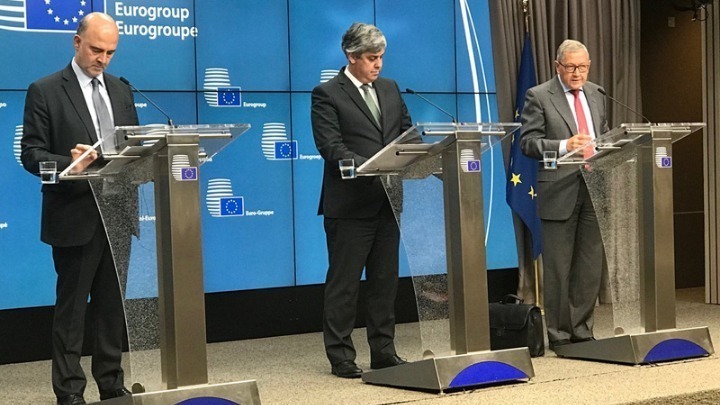 Germany blocked a final 15 billion-euro ($17.5 billion) bailout payment to Greece after the government in Athens postponed a value-added tax (VAT) hike on a handful of islands that have been hit hard by the influx of migrants.
For the tranche to be unblocked by early August, Finance Minister Euclid Tsakalotos pledged at yesterday’s Eurogroup that the measure to retain the 30 percent VAT discount on Lesvos, Chios, Samos, Leros and Kos will end in January 2019, and that the loss of 28 million euros of revenues will be offset from other sources.
The SYRIZA-led government postponed the VAT hike in the islands without consulting Greece’s creditors.
Germany was eager to send a message to Athens that it will not tolerate any deviation from the program in the future.
Commentators say that the Eurogroup decision shows how difficult it will be for the southern country to regain financial sovereignty even as it exits an eight-year bailout regime in August.

Greece is pushing its EU partners to approve Covid-19 vaccine certificates that would open travel throughout Europe, the Greek tourism minister said.
Europe

A new border surveillance drone, which represents the next generation of unmanned surveillance aircraft, will be manufactured by a Greek firm.
Cyprus