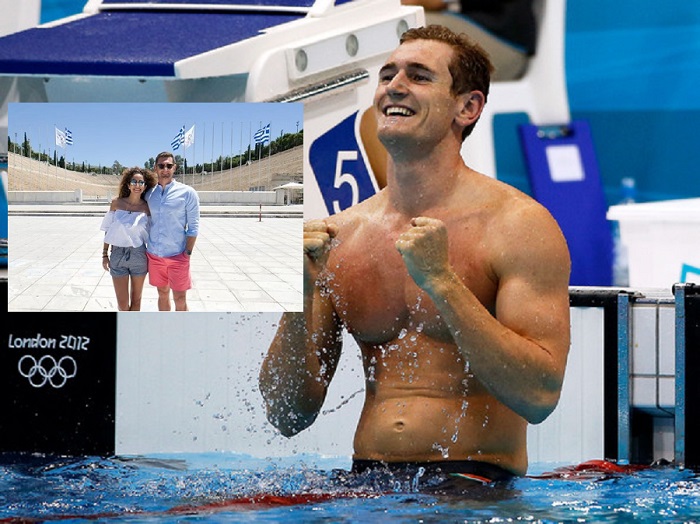 One of South Africa’s most-loved sons of the water, Cameron van der Burgh, is in Greece to tie the knot with his Greek fiancée, Nefeli Valakelis.

The couple, both 30, will exchange vows at a cliff-side villa in the Greek capital Athens, on July 2.

On Saturday they visited central Athens where they posed for a picture outside the Panathinaiko Stadium, the home of the modern Olympic Games. 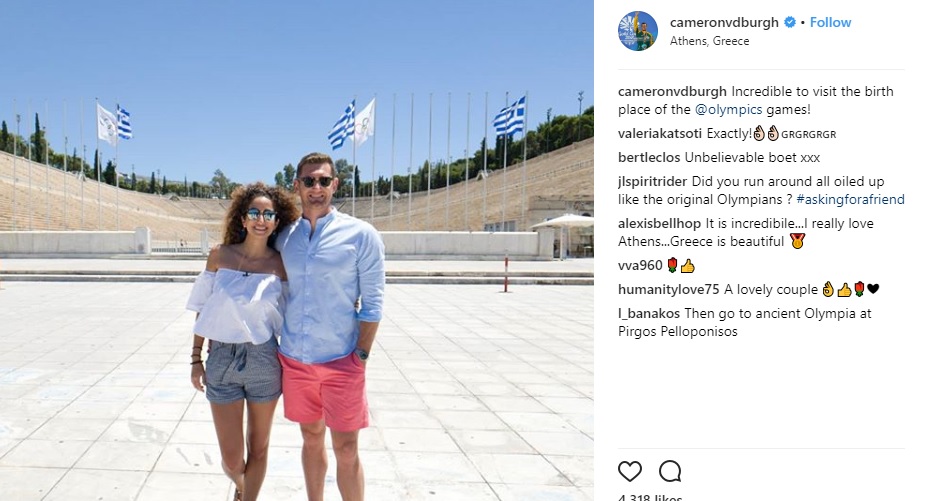 He has represented South Africa at the 2008 Summer Olympics, at the 2012 Summer Olympics where he won the gold medal in the 100-meter breaststroke in a new world record, and the 2016 Olympics.

He has won numerous World Championship medals since his debut in 2007 when he took a bronze medal. Three times he has won the FINA overall World Cup. 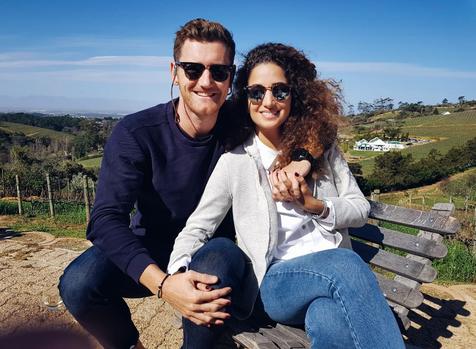 The couple attended the same school but only really noticed each other much later in life when they met at a bar on two separate occasions.

“We were both seeing other people when we first re-met after many years and then we met again at a bar and we were both single,” Van der Burgh was quoted as saying by iol.co.za.