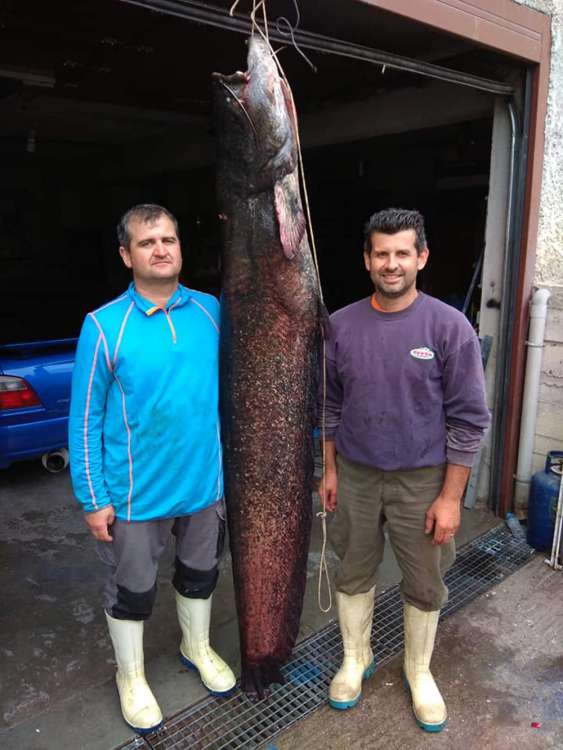 “There is plenty of big fish in the lake, ” said Kourtidis.
“The water level this year is very good and that’s why we have very good fish. This particular catfish was caught on a long line. We struggled for about an hour to bring him out of the water,” he added. 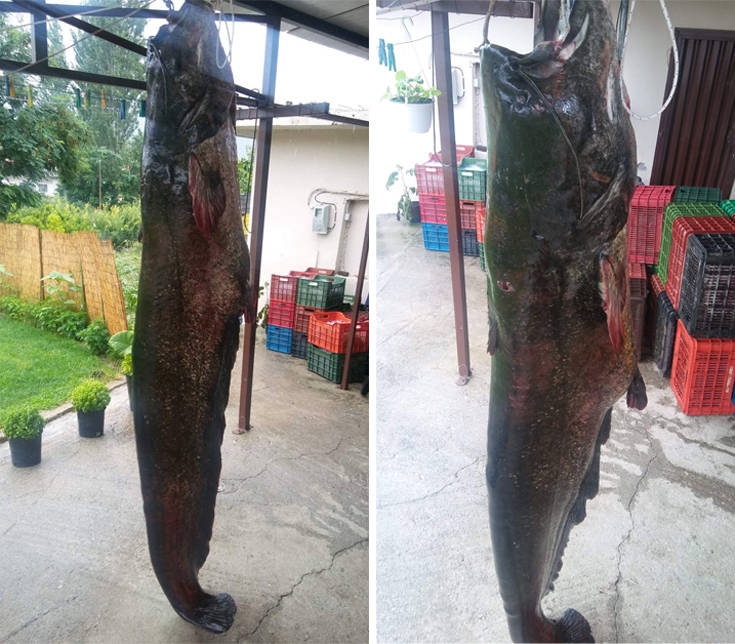 The wels catfish, also called sheatfish, is a large species of catfish native to wide areas of central, southern and eastern Europe.
It lives in large, warm lakes and deep, slow-flowing rivers. It prefers to remain in sheltered locations such as holes in the riverbed and sunken trees. It consumes its food in the open water or in the deep, where it can be recognized by its large mouth. 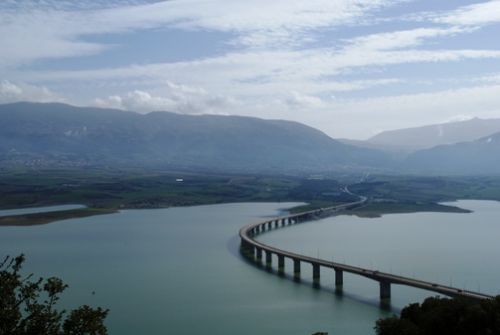 Lake Polyfytos, an artificial lake of Aliakmonas River, is an ideal habitat for the wels catfish.
It was founded in 1973, after the construction of the dam and it covers an area of 74 square kilometers.
Seventeen species of freshwater fish live in the lake while the area around the dam is an important habitat for birds of prey as it provides them with food, shelter and nesting.