Eat Like an Ancient Greek Philosopher: The Aristotle Menu 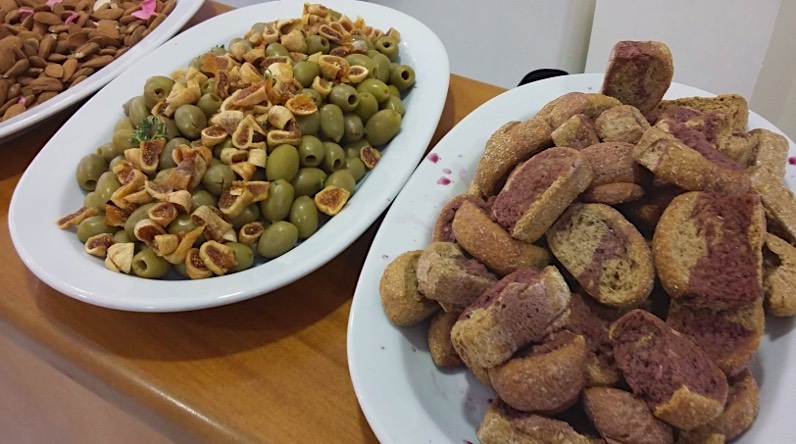 According to Aristotle, the world was based on five building elements, earth, fire, water, air and ether. Gastronomy professor Giorgos Palisidis built what he calls the  “Aristotelian menu”, based on foods and ingredients of northern Greece, the birthplace of the great philosopher.
The recipes, Palisidis is making today are based on archaeological findings regarding the materials ancient Greeks used in the kitchen for their daily diet. The dishes also combine materials from Chalkidiki, the professor’s native place. The use of the specific fruits, herbs, wines, honey and other materials were widespread at the time of Aristotle.
The aim of the gastronomy professor was to bring the diet of the ancients to today’s table, mainly as good grounds for a healthy diet.
Over the past three years, 10 hotels and seven restaurants in the Chalkidiki area have been serving the Aristotelian Menu. 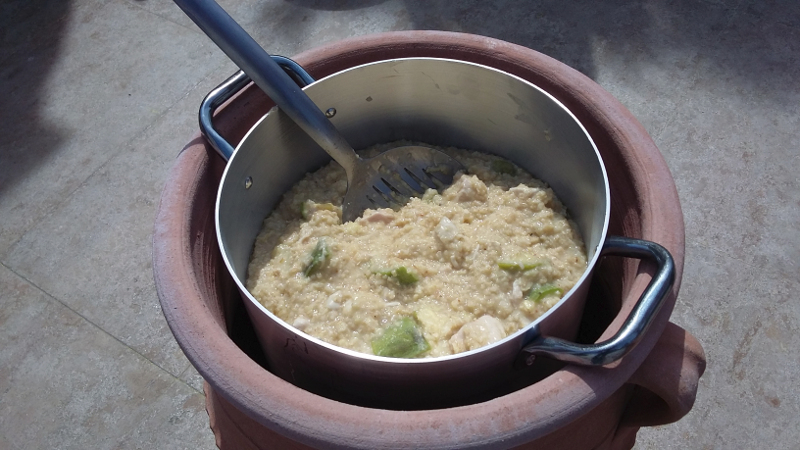 (Pheasant with cracked wheat, Malagousia wine, dried figs and zucchini (air)
“In the four elements of Empedocles theory, earth, water, fire and air, Aristotle added the ether, the fifth element, to describe the unborn, indestructible, unalterable, that which combines all in one substance,” Palisidis told the Athens-Macedonian News Agency. “At the same time the references of the great Greek philosopher to the basic tastes, salty, sour, sweet and bitter were accompanied by recommendations for combining at least two of them at a time, aiming at the culmination of the taste, an explosive experience. This experience was later determined by the Japanese with the word ‘umami’ (which can be translated as ‘pleasant delicious flavor’) to describe an intensity of flavor similar to that found in foods such as beef, saffron, yolk, cardamon, the lamb, the mushroom, the truffle,” Palisidis continued.
The professor said that the original idea for the Aristotelian Menu came in 2016, the year Aristotle was celebrated. The emphasis was given to the fifth element. In collaboration with the Chalkidiki Hotel Association, guests were invited to enjoy the four elements of nature (fire, through local gastronomy, air, through visits to places with a beautiful view, water, through acquaintance with the secrets of the ancient seabed and land through acquaintance with wine, tsipouro and olive oil). The next step was to discover the fifth element, the mystery that each visitor is invited to discover from his visit to Ancient Stageira, birthplace of the philosopher and Aristotle Park.
Palisidis presented a model menu in order to make an effort to explain and apply the philosophy of Aristotle to dining. The purpose was to provoke an experiential experience by tasting dishes and products from the place where the great philosopher was born. 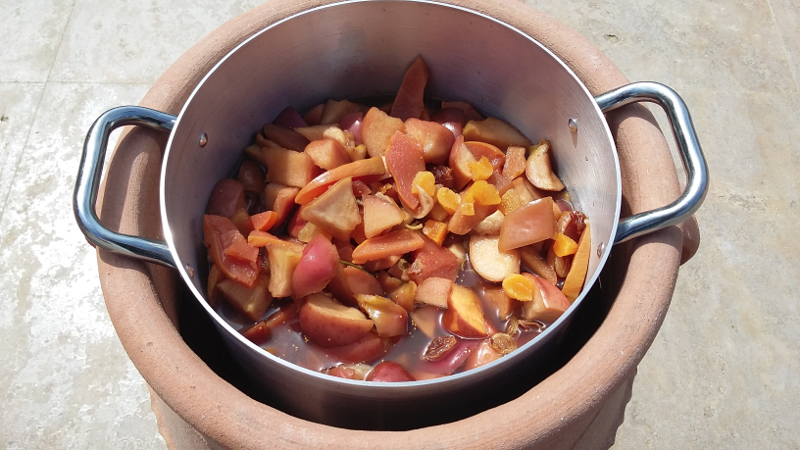 Fruits with quinces and wine (for ether)
On this basis, the menu includes five clay jars instead of dishes, as the ancient Greeks cooked in clay pots.
Each of the elements of nature, as described by Aristotle, was combined with basic materials. For example, air was combined with a bird; land with the wine produced by the vineyard;  water with sea water; fire with the element that combines and joins in the cooking of the seafood, and ether with a flavor resulting from sun dried fruits, honey, herbs, wine and pezyme. 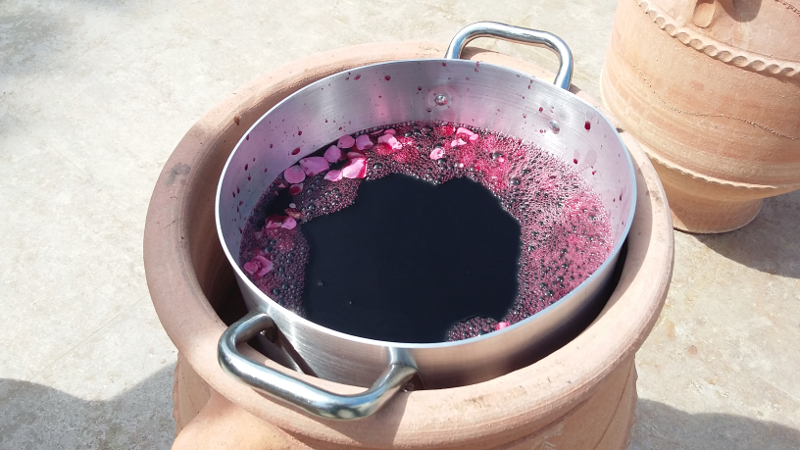 (The milk of Aphrodite, consisting of Lemnos wine (described by Homer in the Iliad), with rose petals and edible flowers (for earth) 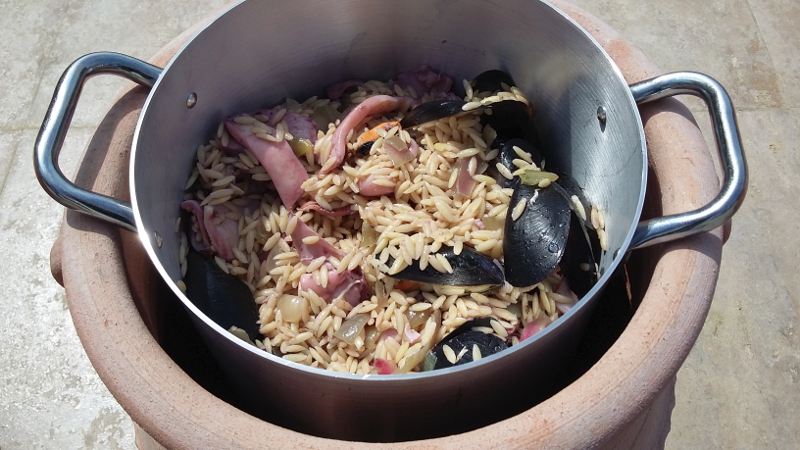 (Seafood with minestrone, raisins and olives (for fire) 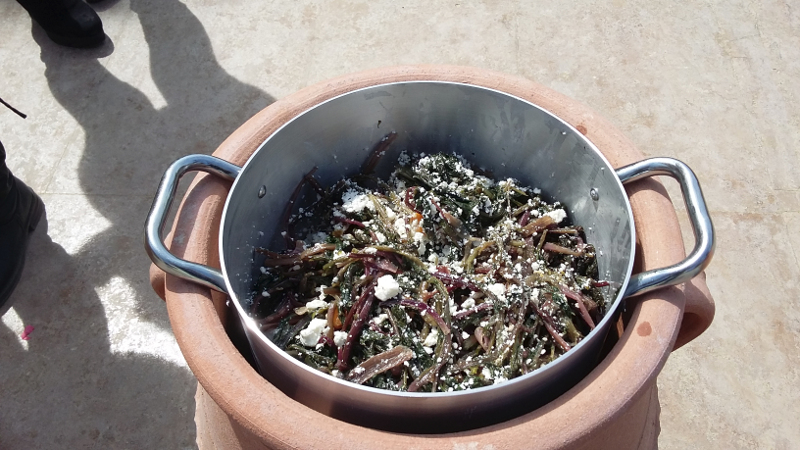 (Bitter greens, with goat cheese, apricots and vinegar (for water)
The corresponding dishes are served in restaurants in Chalkidiki and have attracted the interest of visitors. At €7 per dish, the prices are low. The owners of hotels and restaurants have welcomed the menu with enthusiasm as they are easy to prepare and incorporate local raw materials characteristic of the region.
“The Aristotelian Menu is an ideal nutritional proposition for anyone as it combines the characteristics of the Mediterranean diet, foods rich in fiber, probiotics, antioxidants and trace elements, foods consumed raw like olives, ease of preparation as it does not require complex forms cooking and eating,” Palisidis said.

On a day like this on February 28 1943, Athens was mourning one of the nation's greatest poets: Kostis Palamas had died the day before.
Business